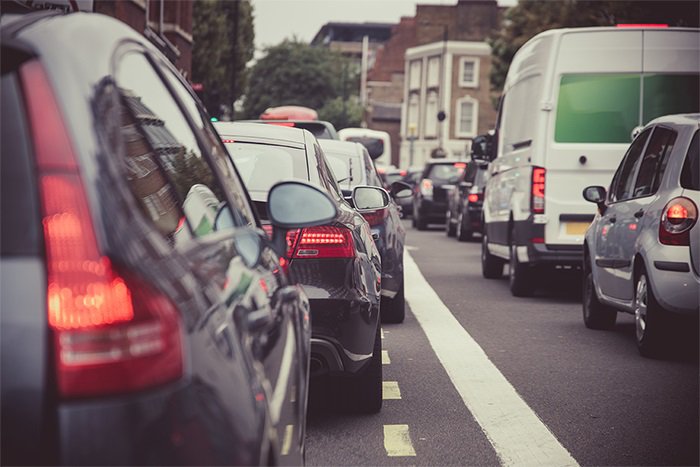 UK & ROI Traffic: Before & After the COVID-19 Lockdown

On the 23rd of March 2020, the UK Prime Minister announced that the nation must stay at home to prevent the spread of COVID-19. But how many of us are taking the social distance measures seriously?

Using Google Maps, we compared the traffic pre- and post-lockdown to see how we have responded to our PM’s request. Google Maps works by using historical information, plus real-time data from our smartphones , allowing us to see typical road traffic from before and after the coronavirus restrictions were put in place.

We recorded traffic between 8:30 and 8:40 am, which is peak travel time for many commuters. The results show that most Brits are staying safe, with a dramatic decrease in road traffic across the UK and ROI.

See the reaction to lockdown from 10 major cities below as we put all our efforts into reducing the risk of COVID-19.

Over a typical 24-hours in the City of London, you can expect to count around 185,000 vehicles passing through, according to the Traffic Composition Survey . Upper Thames Street is the busiest, with approximately 25,000 vehicles, followed by New Bridge Street at roughly 19,000.

But these numbers have noticeably decreased, as you can now see very little congestion around the City of London’s busiest areas. With top tourist attractions like St Paul’s Cathedral and Tower Bridge are temporarily closed, it’s no surprise that this area has fewer cars driving through.

It’s clear that the UK is respecting the lockdown, as we compare road traffic in Greater London.

With staff from most of the biggest industries in Greater London now working from home – including financial, technical and communication services  – congestion could be at an all-time low. The average London commuter loses 149 hours a year  in rush hour traffic, but the roads are now much clearer as we stay indoors.

Pre-lockdown, Birmingham’s roads were heavily congested, particularly around the Birmingham Botanical Gardens, which is normally popular with locals and visitors. But we can now see the effect of lockdown, with very light traffic and road closures in the area, showing how well we are responding to the crisis.

The Department for Transport  says that 1.35 billion vehicles travel through Liverpool in a single year. But that figure has now dropped dramatically as we pay attention to the Prime Minister’s announcement. The city centre is visibly less busy, with fewer cars driving through Ropewalks and the University of Liverpool areas.

The once-crowded streets of Dublin have quietened down after the Taoiseach Leo Varadkar also placed restrictions across the ROI. With Temple Bar pubs and the Guinness Storehouse temporarily closed, tourists have travelled home and residents are staying safe indoors.

It’s been ranked as the 5th worst city in Europe for congestion by Inrix , with drivers losing 154 hours a year in traffic, but you can now see that the people of Dublin are taking the lockdown seriously.

According to the Department for Transport , 1.96 billion vehicles travel through the City of Edinburgh in a single year. But as the Scottish capital respects the announcement of our PM and Nicola Sturgeon, leader of the Scottish National Party, you can see that road traffic has significantly reduced, post-lockdown. Statistics from TomTom  show that traffic has dropped by as much as 64% in April, when compared to the 2019 average.

In the UK, traffic has the biggest impact on businesses in Cardiff, says Inrix . But now, as drivers in the Welsh capital have paused their commute, TomTom  shows that traffic has been cut by up to 54% in comparison to last year. You can see how the roads around Cardiff University and the National Museum are much quieter as we do what we can to stay home.

It’s reported that Manchester has 1.7 billion vehicles  driving across 264 roads, with commuters losing six days and 14 hours to congestion  in a given year. But now, the normally jam-packed Northern Quarter, Spinningfields and Chinatown have considerably less traffic, with some road closures in the area, too.

Before lockdown, Belfast’s roads were heavily congested throughout the city centre, particularly on the A24 and A12. But now as most of the shops, pubs and attractions in hotspots like the Cathedral Quarter have temporarily closed, traffic seems to be at its lowest. Residents of the Northern Irish capital are clearly obeying the new rules in an effort to reduce the spread of infection.

Commuters in Newcastle upon Tyne won’t be surprised to see high volumes of heavy traffic around the city centre, pre-lockdown. Drivers in the area lose 115 hou rs in a single year, thanks to congestion, but after the PM’s announcement, it seems like there’s barely anyone on the roads right now.

You can see two of Newcastle upon Tyne’s seven bridges – the Tyne Bridge and the Redheugh bridge – are much quieter, and the A167 is nowhere nearly as busy as normal.

Our investigation into UK and ROI roads before and after lockdown clearly show how we’re taking the lockdown seriously. Traffic levels are much lower than usual as we all do our best to decrease the risk of COVID-19.

If you are spending more time at home right now, why not try one of our latest quiz games? Test your knowledge of EVs with our Electric Dashboard Quiz, or try to spot the famous car parts in our Junkyard Quiz .

For more information on car leasing or for motoring news and entertainment, check out the rest of our Leasing Lounge.