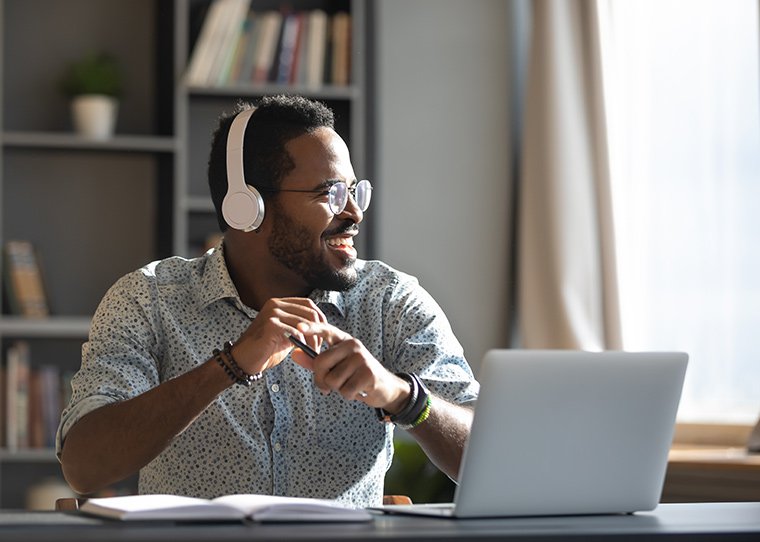 Whether you’re looking for laughs, daredevil tales or the just the latest car news there’s a motoring podcast for every taste nowadays. We’ve picked our very favourite shows from the world of motoring so tune in and get listening!

This California-based show is hosted by Venice Beach resident and self-confessed car nut Matt Farah, an automotive journalist turned YouTuber and car reviewer. The weekly podcast features guests from across the world of motoring and beyond, from industry professionals, to photographers and even film stars!

The Top Gear presenter joined Matt to discuss all things motoring and what it’s like working on the world’s most popular car show.

Fast & Furious and Bullet to the Head star Sung Kang drops by to talk about his car history and current garage projects. The automotive podcast from the guys at HowStuffWorks tackles all things metal, focusing on mechanical machines in just about any shape or form you could imagine. Expect to get the lowdown on anything from the latest Tesla model to what it’s like to drive the Popemobile, the weirder and more wonderful the better!

Presenter Scott Benjamin takes us on a tour of the somewhat bizarre world of custom-made hot rods.

Discover more about the most sought after vehicles on the planet, including some famous names of course, but there might just be a few surprises in there too!

Back in 2017 Land Rover introduced a ground-breaking new podcast designed to be enjoyed from the cabin of your vehicle. Recorded in 3D sound, each episode brings to life a different part of the UK countryside to be best enjoyed whilst traversing one the landmarks itself. Guests ranging from Sir Ranulph Fiennes to Chris Packham and Sir Ben Ainslie feature.

A tour visiting the beautiful and iconic observatory just south of Manchester.

This trip takes in the stunning surrounds of a tiny Cornish Island, only connected to the mainland by a man-made causeway.

Past Gas by Donut Media

Presenters James Pumphrey and Nolan Sykes bring the wildest and craziest stories from the world of wheels to life on this hugely popular weekly podcast. Expect topics ranging between anything from the best driving video games to the legends of NASCAR and Formula 1, Past Gas focuses on the more light-hearted side of cars.

A series of shows discussing the merits and mishaps of the infamous biker gang.

The Surprising Connection Between the VW Gold and the DeLorean

Comedy writer and television presenter Spike Feresten brings together celebrities, cars and comedians in this enjoyable podcast that’s sure to induce plenty of motoring envy. Chatting to A-List car nuts about their best car stories, what’s currently parked in their garage and of course their favourite vehicles of all time.

Three Hollywood superstars talk about their best experiences behind the wheel.

Jerry Seinfeld joins the show to discuss one of the favourites from his incredible car collection. Top Gear presenter Chris Harris invites guests to talk about everything and anything from the world of cars. With a particular focus on stories relating to racing, this show is tailor made for all those F1 fans out there, the podcast has featured interviews with some of the biggest names from motorsport.

The US-based petrol head publication for certified car-obsessives delves deep into subjects ranging from off-roading to the thrills of motorbiking and everything in-between. Things can often get more than a little bit technical so this is probably one for those that know their torque from their turbo chargers.

Presenters Ross and Chris discuss the upcoming launch of the first all-electric Hummer.

This weekly show from Down Under discusses a range of topics and features live-recorded car reviews of some of the latest and most exciting vehicles to be released. Recorded on location rather than in the studio by presenters and pals Peter Ronis, Halil Mustafa and Ross Galettis, this unpredictable podcast can cover just about anything car-related.

The guys get their hands on the Gazoo Racing Yaris and take it for a spin.

Another live-recorded review of a seriously desirable motor!

British photographer, YouTuber and all-round car enthusiast Sam Moores presents this fun show primarily looking at performance vehicles and racing. Expect guests ranging from Instagram influencers to industry insiders, ready to drill down on the hottest topics from the world of motoring.

The Gumball Rally founder joins Sam to discuss how one of the world’s most infamous races got off the ground.

The man behind one of the most enviable Instagram accounts around drops by to discuss what he’s been up to.

Bring Back Bronco: The Untold Story

This eight-part series from manufacturer Ford discusses the origins of the iconic Bronco SUV which was resurrected last year. The podcast discusses how the vehicle’s release in the mid 60’s coincided with an explosion in auto-ownership in the United States and was a large part of the story of how America fell in love with the SUV

The Ford Bronco is designed by Donald N. Frey, the man also behind the Ford Mustang.

Episode 6 – Stuck in the Mud

Ford aim to break into a new generation with the Bronco Underground.