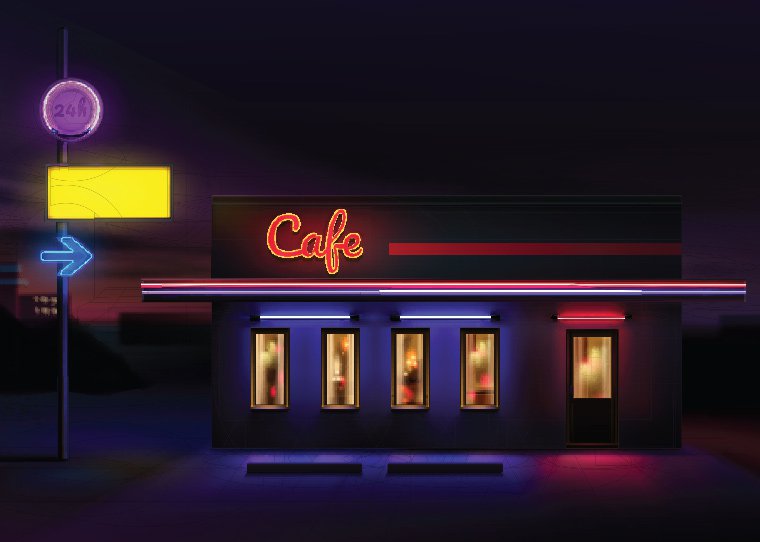 Petrol Head Nirvanas: Four of the Best Cafes and Pitstops for Car Lovers

Where you choose to park up and rest can make or break a good drive, so we’ve rounded up four of our favourite cafés and pitstops for car lovers.

Handbrake on, ignition off – let’s drive in! 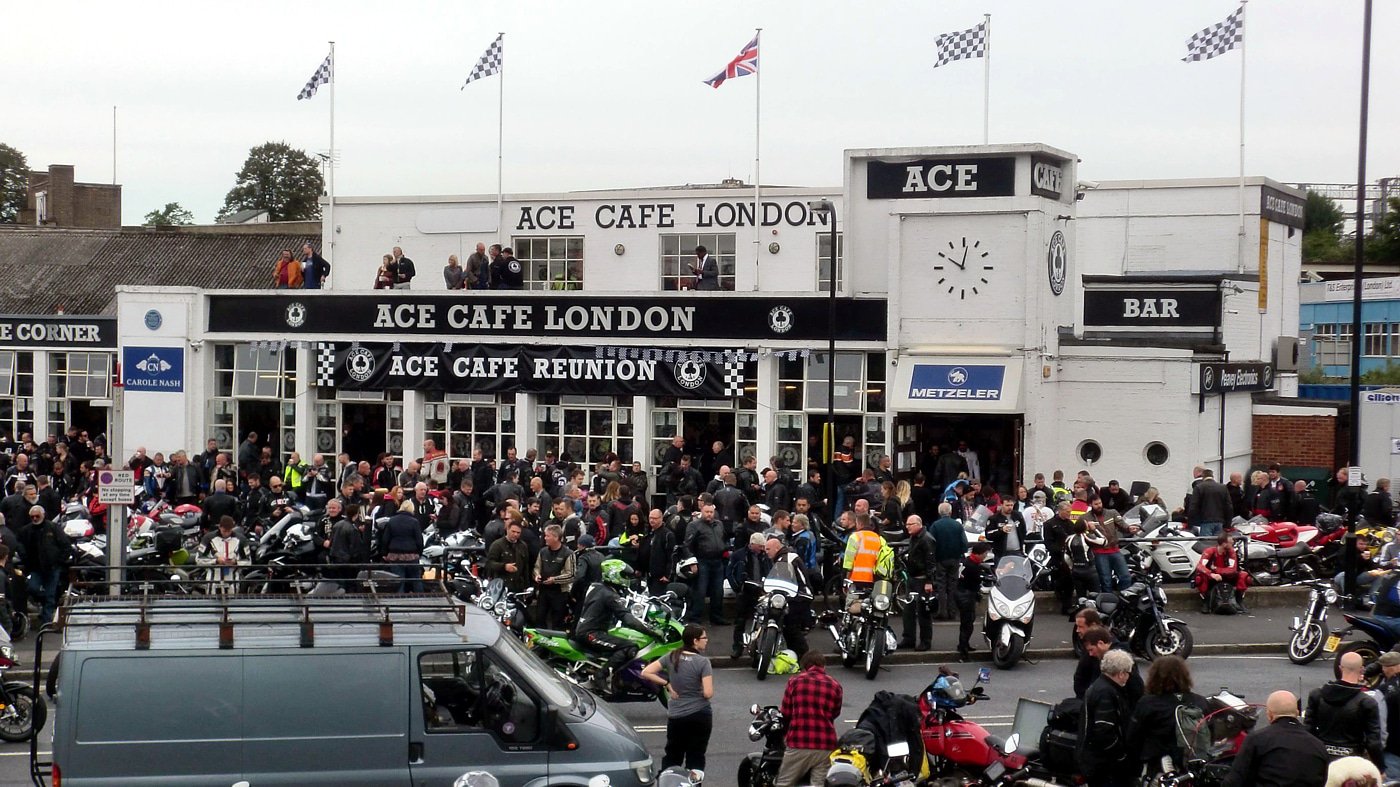 Established way back in 1938 and based on the rich traditions of motorcycles, cars and rock n’ roll, these days the Ace Café in London has become known as the ultimate home for petrolheads and is arguably the world’s most famous motor café.

The Ace Café was built on the then brand new North Circular Road surrounding London. Starting out as a simple roadside café catering to travellers, its close proximity to Britain’s road network soon attracted motorcyclists too.

After taking a huge hit during WW2 and seeing the original building demolished in an air raid, the Ace Café was rebuilt and reopened in 1949, with the heydays of the next 20 years being some of the best years in the café’s history.

But changes in the social order, the growth of the car market and the expansion of the motorway network saw the Ace Café serving its last egg and chips in 1969.

A reunion in 1994 started the Ace Café’s route back to a functioning meet-up place for petrolheads. A part of the original café reopened in 1997 before the grand reopening in 2001 put the Ace Café back on the map for good.

A visit to the Ace Café is a real journey through history, and not one to be missed if you’re in the area. 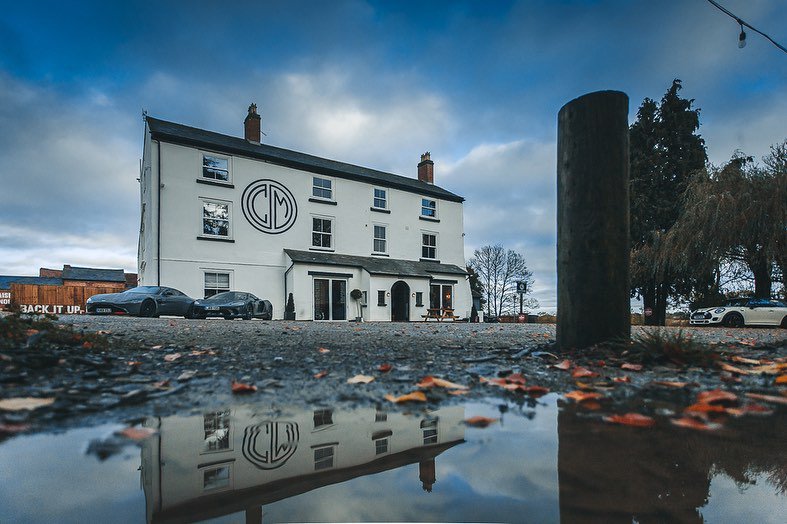 This refreshing watering hole in the heart of Shakespeare country is fast becoming a popular parking spot for car fans and is very much a pitstop with a difference.

Described as a coffee house, restaurant, art gallery and general hangout, Caffeine & Machine launched in 2015 as a meeting place for anyone who has a fondness for machines, whether it’s a classic restoration, bike, rat rod or someone riding a jet-powered food blender.

Entrepreneur Phil McGovern set up Caffeine & Machine in a house just outside Stratford-upon-Avon, only a stone’s throw from Jaguar Land Rover’s HQ. McGovern says that JLR engineers and test drivers already use Caffeine & Machine as a meet up joint, so you’ll be in good car company when you park up.

Caffeine & Machine offers everything you expect from a modern member’s club – except you don’t have to be a member to make the most of it! There’s even the option to stay over in one of eight rooms available on site, plus the dog can come too.

Costing just £5 per car per day on the weekend, this includes a redeemable voucher for a non-alcoholic drink of your choice.

Whether you’re looking for a quick coffee or lazy lunch, a weekend away or an evening drink – it’s all ready and waiting for you here.

One of the best-known truckstops in the UK, Jack’s Hill Café is close to the A5/A43 interchange near Towcester.

Jack’s Hill Café is the perfect pitstop for you if you’re heading east to west on the A43 – just head up along the A5 towards Daventry for about a quarter of a mile and it’s right there on the left.

It’s been in business since 1955 and markets itself as a petrolhead’s nirvana, enjoying legendary status amongst bikers, cyclists and car enthusiasts as a meeting point due to its historical location and facilities.

Jack’s Hill Café has recently been completely refurbished and in addition to its pitstop food and drink staples, it now offers independent shower facilities plus single and twin room accommodation.

A mug of tea is just one pound and you get a second mug for free when you buy any set breakfast or dinner of the day.

Coming up in June 2020 is the Falcon Classic Tour, a non-competitive event for classic and sports cars. This 120-mile drive around South Northamptonshire and North Buckinghamshire meanders through the back lanes and many little-known villages in the rolling countryside. The day starts with a complimentary bacon bap and cuppa at Jack’s Hill Café – a drive not to be missed!

The Oil Can Café – West Yorkshire Buzzing with style and steeped in automotive history, the Oil Can Café is situated within The Carding Shed in Holmfirth, West Yorkshire.

Established in 2012 The Oil Can Café sits within The Carding Shed, which was originally a woollen mill but has now been transformed into a place to browse classic cars, purchase vintage clothing and rest a while in quirky, vibrant surroundings.

The Oil Can Café isn’t your usual pitstop – it’s open for breakfast, lunch, afternoon tea or a glorious gateau. Tea is served in china teacups and the home-made food is made from locally-sourced produce.

Take a look around The Carding Shed’s classic car display, which echoes the nostalgic feel of the historic Goodwood Revival for the ultimate automotive flashback.

I.K. Classics is also on site to offer bespoke car restoration and race preparation facilities, as well as routine services and M.O.T. work on all cars, plus long and short term storage solutions for both classic and general vehicles alike.

Car Club enthusiasts will enjoy driving on the network of unspoilt roads which surround The Carding Shed – roads which remain largely unchanged from the days when classic cars were first built.

Only a stone’s throw from the centre of Holmfirth and Last of the Summer Wine country, you’ll find this pitstop as you head out on the Sheffield Road through New Mill and dip down into Hepworth.

As you head up towards the centre of Hepworth, look out for the sign to The Carding Shed on your right.