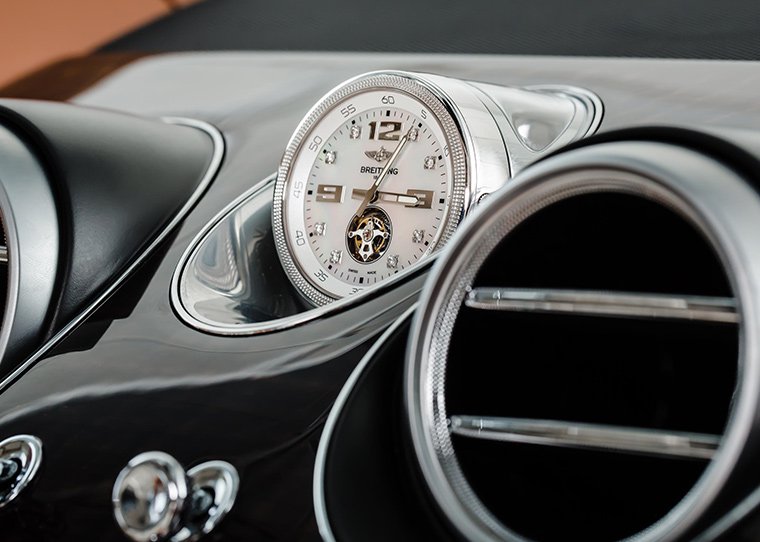 14 Of The Most Expensive Car Add-Ons In The World

For the average Joe, owning a supercar is what dreams are made of. But for the few fortunate ones among us, they aren’t super enough without a few extortionately priced optional extras.  As a result, we thought we’d take a look at 15 of the most expensive car add-ons in the world and see what you could’ve bought instead.

The first and most expensive car add-on is perhaps unsurprisingly from Bugatti, who offered their Veyron in a ‘Carbon Finish’ for a mind-blowing £250,000. The average price for a house in the UK is £230,000.

As an optional extra on Bentley’s Bentayga, you can fit the clock of all car clocks. For £132,000 your new Bentayga will arrive with a very large and grand Breitling clock in the centre console. For that price, you could hire a team of three people and pay them over the average wage of £35,000 just to keep the time for you.

If standard paint isn’t enough for your 918 Spyder, Porsche also used to offer the option for it to be covered in what’s known as ‘Liquid Metal’ paint for the staggering price of £52,000. Alternatively, you could opt for another type of liquid, as £52,000 would have instead bought you exactly 16,000 pints of beer.

As if the interior in a Mercedes-Maybach wasn’t fancy enough, now, for close to £50,000, you can line the interior in granite. You could spend nearly five years in an average London flat for this price.

If your Rolls Royce is to be driven in rather than drive, you may want to look into investing in the rear seat compartment divider. And, let’s be honest, if you are being driven around in a Rolls Royce Phantom, the price tag of £28,500 probably won’t be much of an issue. However, for the average Joe this would put your child through a three-year university course.

Want to lock and unlock your DB9 or Rapide using a watch? Well, now you can, using the Aston Martin Jaeger-LeCoultre Transponder Watch. However, this modern and James Bond-style tech doesn’t come cheaply. This watch costs a whopping £25,000, the same price as not one but five brand new iMac Pros.

It’s not often you find a luggage set that’s an optional extra and is also worth more than most small cars. BMW’s i8 Louis Vuitton luggage set is just that. At £16,500 the average Joe could buy themselves over 180 weeks of groceries. That’s three and a half years’ worth of food!

After a hard day’s work, it’s always nice to wind down and have a chilled glass of wine. Unlike the rest of us, Rolls Royce owners don’t have to wait until they’re home, as for £16,000, you can add a drinks cabinet to their cruise liner and will be nice and relaxed by the time they set foot through their front door. For the rest of the world, that would have bought us a flight from London to L.A. in first class, there and back.

The Lexus LS is an incredibly comfortable car, but if you want to take things to the next level or give your passengers something a little special, Lexus offers an extra that allows the rear seats to recline. But it’s not cheap, as this modification will set you back £13,500, the same price as leasing our top of the range convertible and supercharged Jaguar F-Type for a year.

Lying back in your incredibly comfortable Rolls Royce seats but are saddened that you can’t gaze at the stars while doing so? Fear not, Rolls Royce has an optional extra called the ‘Starlight’ headliner that scatters stars all over the roof of your Wraith, for an out of this world price of £10,000. You could rent the average priced flat in London for a year with that money.

There’s nothing more iconic in motoring than Rolls Royce’s hood ornament, the ‘Spirit Of Ecstasy’. It’s the symbol of class and excellence, and for just £7,500, you can have yourself a gold-plated Flying Lady. For the same price, you could have three and a half weeks in Disney World Orlando for yourself, your partner and two children.

The Mercedes-Maybach is at the top of the mountain when it comes to driving, or should we say, being driven in. And, unsurprisingly, that luxury comes at a very high price. For example, if you want to be able to drink some champagne on the way to your destination, Maybach’s own flutes cost a staggering £2,600. For that, you could buy 260 bottles of wine or nearly 30 weeks’ worth of groceries for two people.

It’s a similar story with the second item on our list, where you can alter the colour of the air vents in your Porsche 911, but it’ll cost you £1,400 to do so. Alternatively, that money would be enough to buy the brand-new iPhone Xs.

If you bought yourself a 458 but weren’t quite happy with the lack of colour inside, you could opt to fork out another £750 to get coloured seatbelts to match the outside colour. For that price, the average Joe on the street could have bought themselves 230 pints of beer or watched 83 months of standard Netflix.