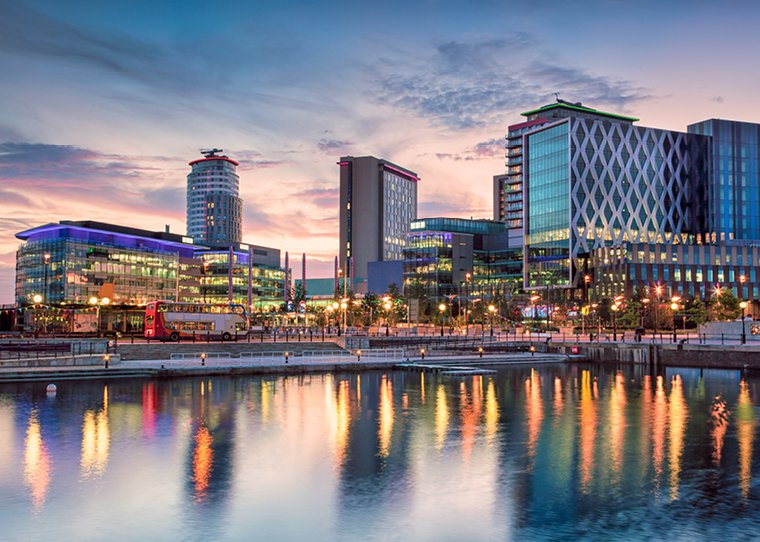 Due to the COVID-19 outbreak, the F1 governing bodies have been forced to dramatically cut the number of circuits used in this year’s F1 calendar. Thankfully races are still going ahead but due to health and safety measures, multiple races will be taking place at the same circuits, one of which is Silverstone.

This is happening to limit the amount of travel needed for this year’s championship, as more travelling means more locations, which ultimately means a greater risk of endangering all involved.

But here at Leasing Options, we wondered what it would look like if the F1 calendar took place, just in Britain. Of course, they could all be competed at Silverstone, but even the most avid F1 and Silverstone fans would get a little bored of that scenario after a while. So, we thought, as there’s already been talk of a London GP, and even amazing concepts  imagined by Santander and McLaren in previous years, what if we expanded on that and took F1 races around Britain and created awesome F1 circuits using the inner-city roads in Manchester, Newcastle, Edinburgh and Cardiff to create the ultimate British F1 calendar? 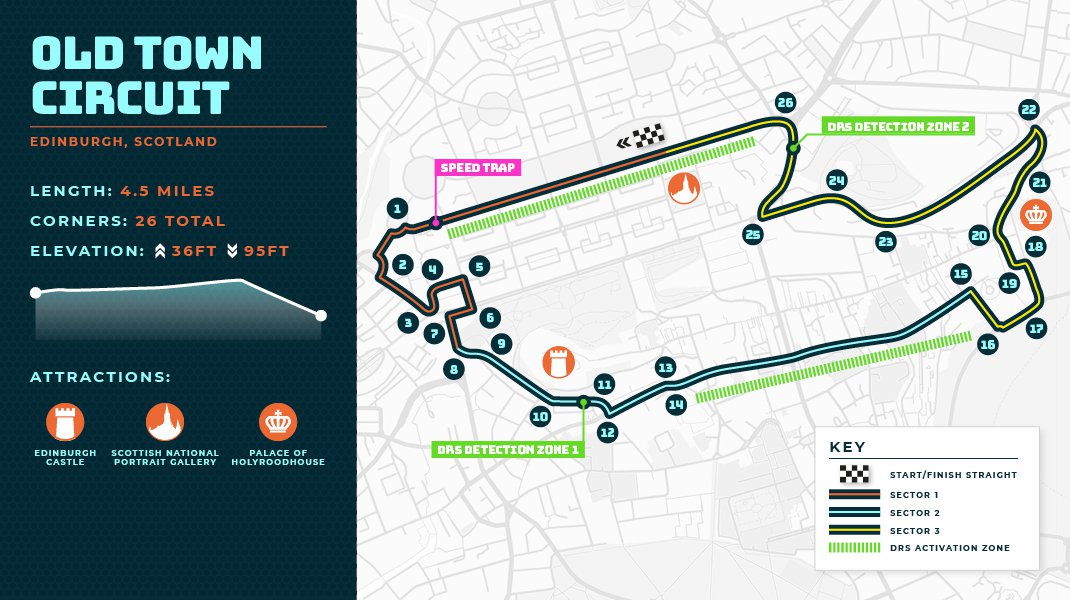 Let’s start things off in the north of Britain at the Scottish City of Edinburgh and work our way towards the capital. One of our favourite circuits of the current F1 calendar is Monaco. It’s an incredible sight to see Formula One cars blitz through an old and historic city, so this would be our version of that.

Introducing the Old Town Circuit. 4.5 miles and 26 corners that takes you through Edinburgh’s Old Town district, where we’d love to see the Start/Finish straight. What an awesome spectacle that would be!

The circuit immediately tests drivers to their limit with a complex inner-city Sector 1 before zooming past Edinburgh Castle and unleashing them once more down the back straight of Holyrood Road. Sector 3 comprises of a tight chicane at turns 18-19 that then sweeps past the Palace of Holyroodhouse before a tight hairpin at turn 22.

The circuit then sweeps through to another tough hairpin at turn 25 before heading back to the Queen’s Street Start/Finish straight, where the circuit takes you past the Scottish National Portrait Gallery. 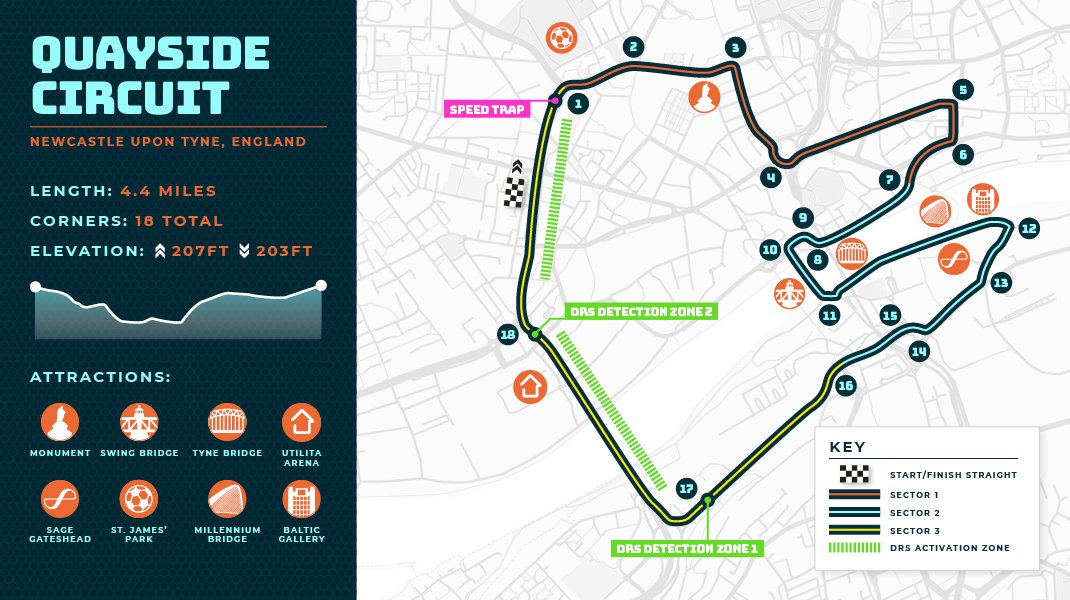 Race two on the British F1 calendar drops us down to the North East of England where the event would be set at the emerging Quayside area linking Newcastle Upon Tyne and Gateshead.

Over the last 10 years, Newcastle has become possibly the number one nightlife spot in Britain, so whilst it would be highly unlikely due to not only British, but North-East England weather, we’d love to see this race at night. When the sun goes down, the Quayside comes to life and would give circuits like Abu-Dhabi and Singapore a run for their money.

The Start/Finish would be placed on St James’ Blvd, where the cars will set off and head directly to the famous St James’ Park stadium, home of Newcastle United. Once they reach the stadium, the cars will dart right and into the heart of Newcastle passing Grey’s Monument before heading towards a tricky Quayside-based Sector 2.

Once there, the cars will whizz down Newcastle’s side of the Quayside and head to the Swing Bridge, which is one of many bridges connecting Newcastle to its neighbouring city of Gateshead. Once on the Gateshead side, the track takes you past the gorgeous looking SAGE building and Millennium Bridge, which are a real treat to see at night!

When the cars pass Gateshead’s Baltic theatre they then turn into Gateshead and down towards the Redheugh Bridge where the cars will start to really pick up some speed as they shoot across and back to St James’ Blvd. 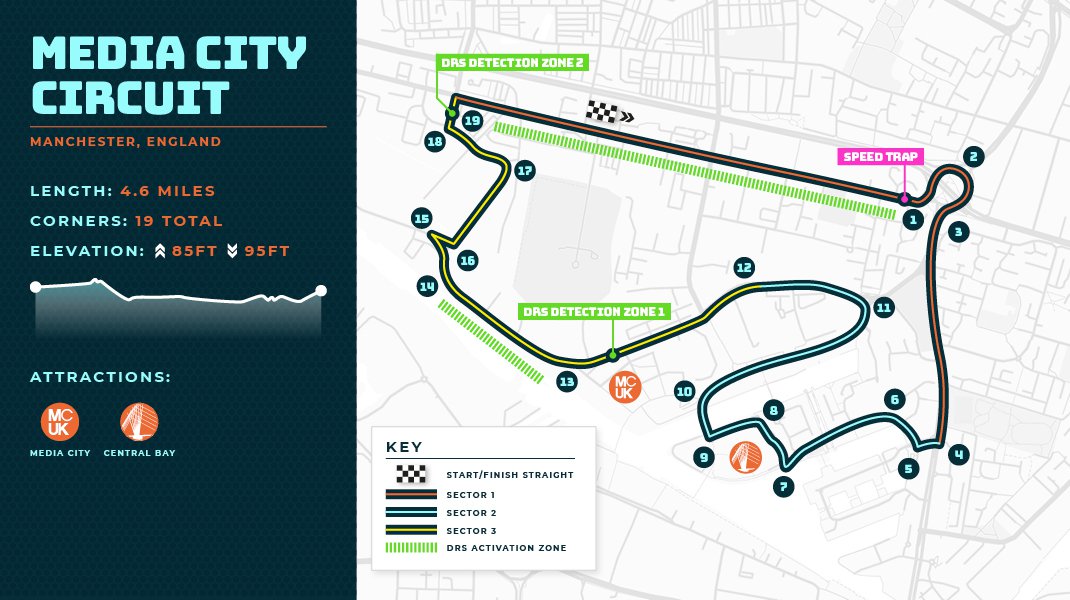 We then move further south into the North West of England to Greater Manchester, Salford to be precise. Salford in recent years has become the home of media and as a result, a whole new part of the city has been created, which is now known as Media City.

Media City is basically the BBC’s new headquarters and the buildings look amazing next to the Quays. The Start/Finish straight would be located on the A57, linking into Eccles New Road where drivers are immediately trapped into a few corners heading towards Media City.

Once there the circuit winds around Central Bay boasting stunning views of the Quay and past the main Media City business park. Sector 3 has an incredibly tight hairpin before we twist and turn back to the Start/Finish straight. 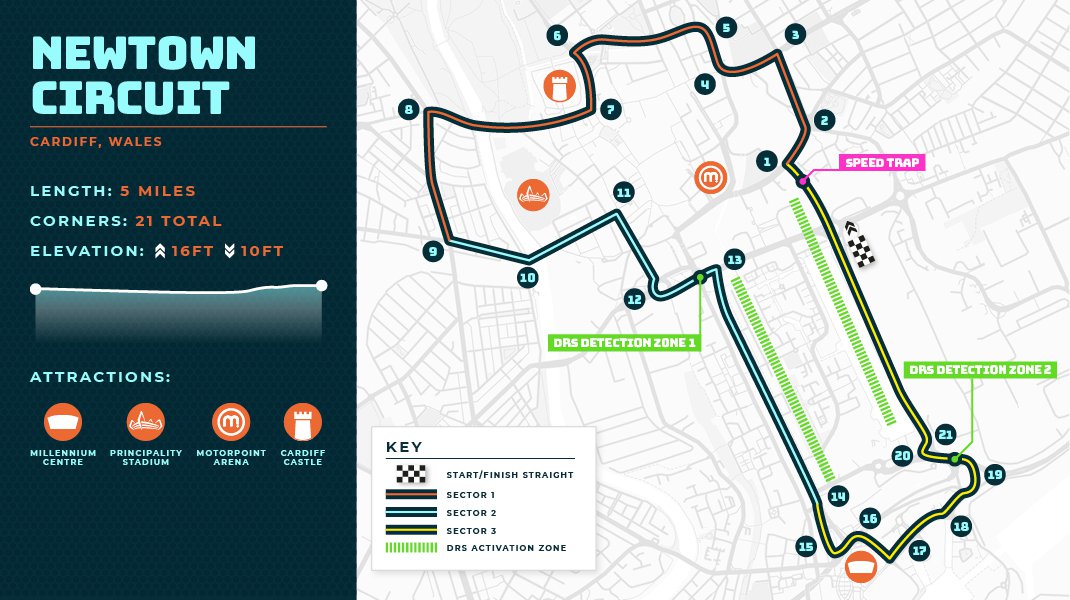 So, we’ve been to Scotland, worked our way down to Newcastle and then Greater Manchester and now our final stop on our tour around Britain takes us to Wales and to their capital, Cardiff.

We also started with an Old Town, so we thought we’d finish in a new one. This would our Cardiff-based Newtown circuit. It’s the longest on the calendar at 5 miles but it’s worth it order to see the best of both Newtown area as well as the Atlantic Wharf area of the city too.

We begin by racing up the Central Link on the Start/Finish straight where we’d find ourselves in Newtown, with the Motorpoint Arena on our left as we begin Sector 1. The first sector takes us through Newtown, past Cardiff Castle, around the other side and back down toward to Atlantic Wharf area for Sector 2, which begins with a view of Cardiff’s Principality Stadium.

We then dive down Lloyd George Avenue past Silurian Park on our way to the Cardiff Docks area, where we pass the Millennium Centre before a few fast-paced turns bring us back to the Start/Finish of Atlantic Wharf.

So, there you have it, four new British races that we’d love to see to the future. Will they ever happen? Who knows, if a London GP is possible then anything is! Let us know what you’ve made of our new circuits and if you can think of any others that you’d love to see included.