Clean Me! 10 Funny Dirty Car From Around The World

With longer days, shorter nights and, who knows, hopefully some decent weather on the way, now is a great time of year to get your vehicle in check and do a bit of spring cleaning.

Then again you could just write something funny in the dirt instead...

It's not just grubby little fingers scrawling dirty jokes on cars these days, there are actually some pretty talented people out there doing something a bit different too. Check out the work of Chris Wade (dirtycarart.com) who creates things like this family car scene! Ever wondered what might happen if the Peugeot lion met its match? Here's a dusty Battle Royale between the famous French manufacturer's emblem and Godzilla, my money's on the big guy. 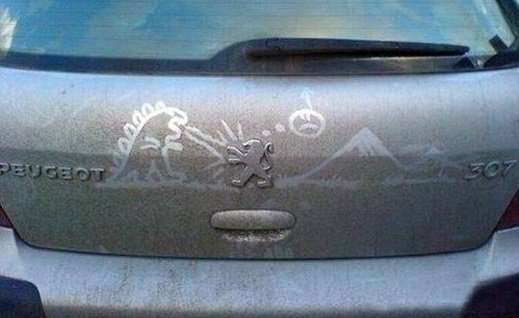 Fair play to whoever scrawled this one whilst the old bill were looking the other way... 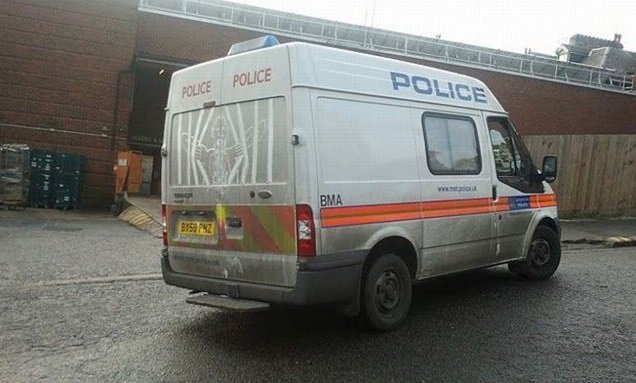 The Batmobile has always been the most famous comic book car, but perhaps this Bane-mobile could give it a run for its money. Extra marks for the shading on the skull, must be the work of an accomplished car-artist, this one. Get out of my Ed, Sheeran

Not only is he seemingly PERMANENTLY on the radio, now Ed Sheeran has started appearing on the back of white(ish) vans too. Not a bad picture but this one loses marks for the fact that I'm sick of sight of him. 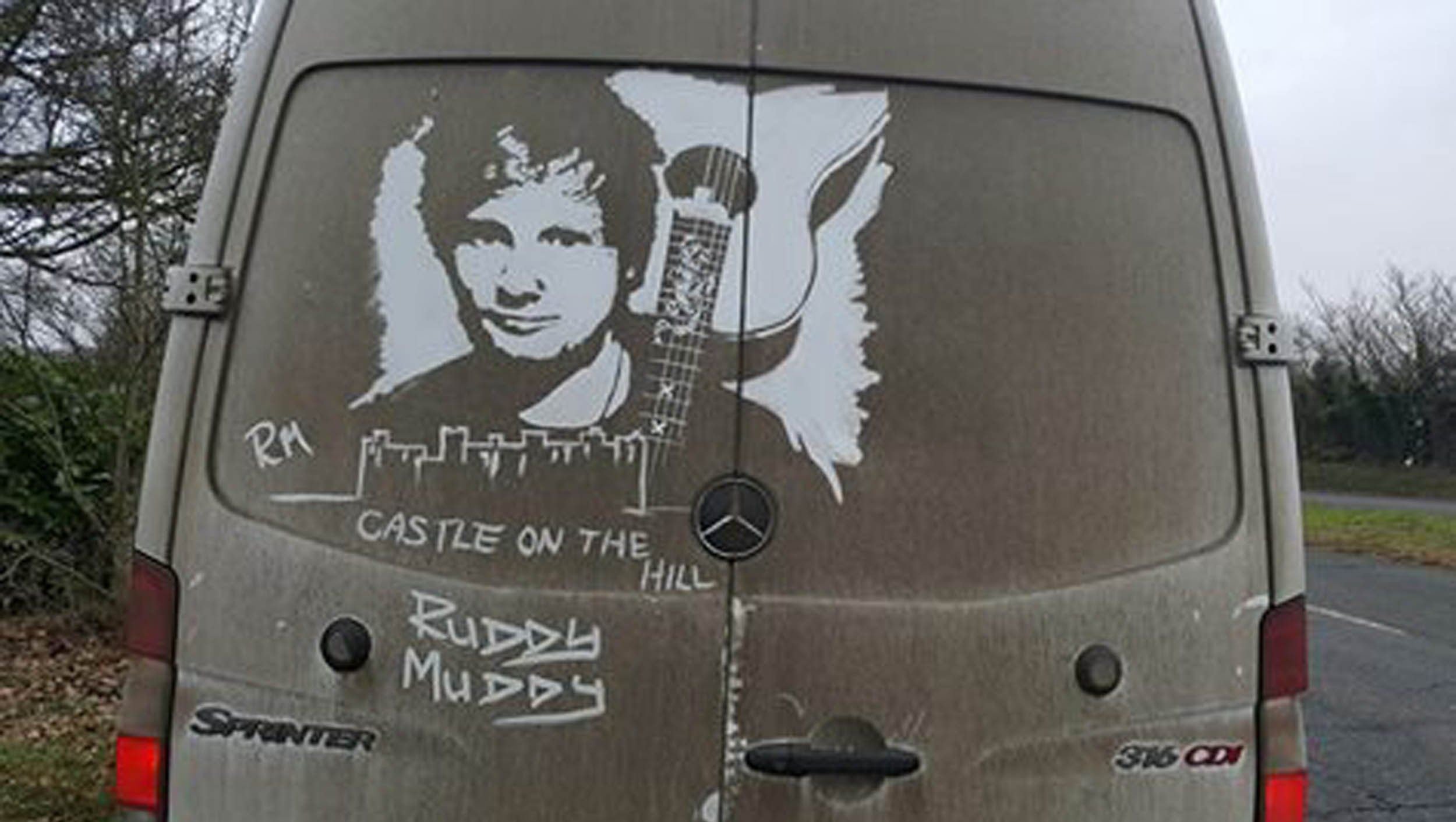 Nice adaptation of the signage already in place on the back of this van, let's hope it doesn't refer to their driving... 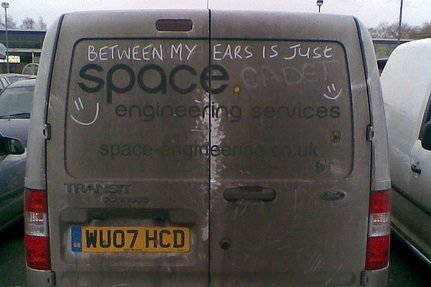 Valet with a difference

Rafael Veyisov has been working as a parking attendant in Azerbaijan for over 10 years and creates these amazing cityscapes with just his finger, not sure how I'd feel if I got my car back in this state though... You don't mess with a tyrannosaurus rex at the end of the day, particularly like that smoking volcano in the background too - very atmospheric. 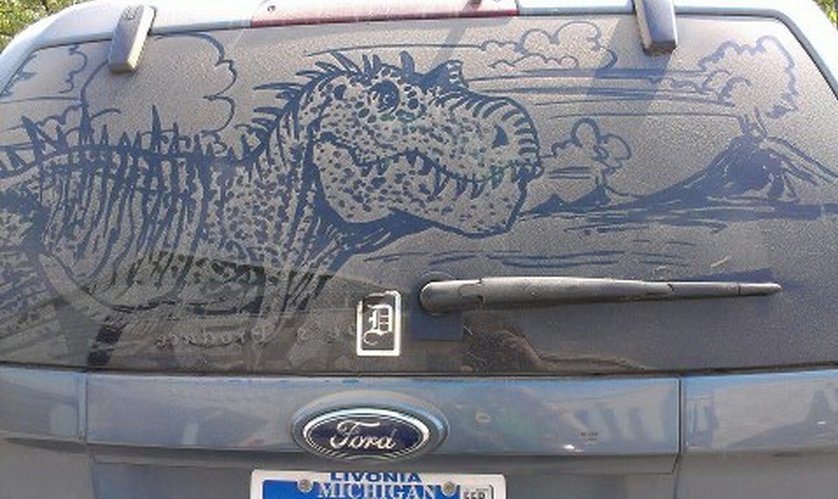 Mad as a Hatter

Alice doesn't look too impressed with this mad tea party but I reckon it's pretty good picture myself. I reckon you can guess where this one is going, but then you can't beat a classic!