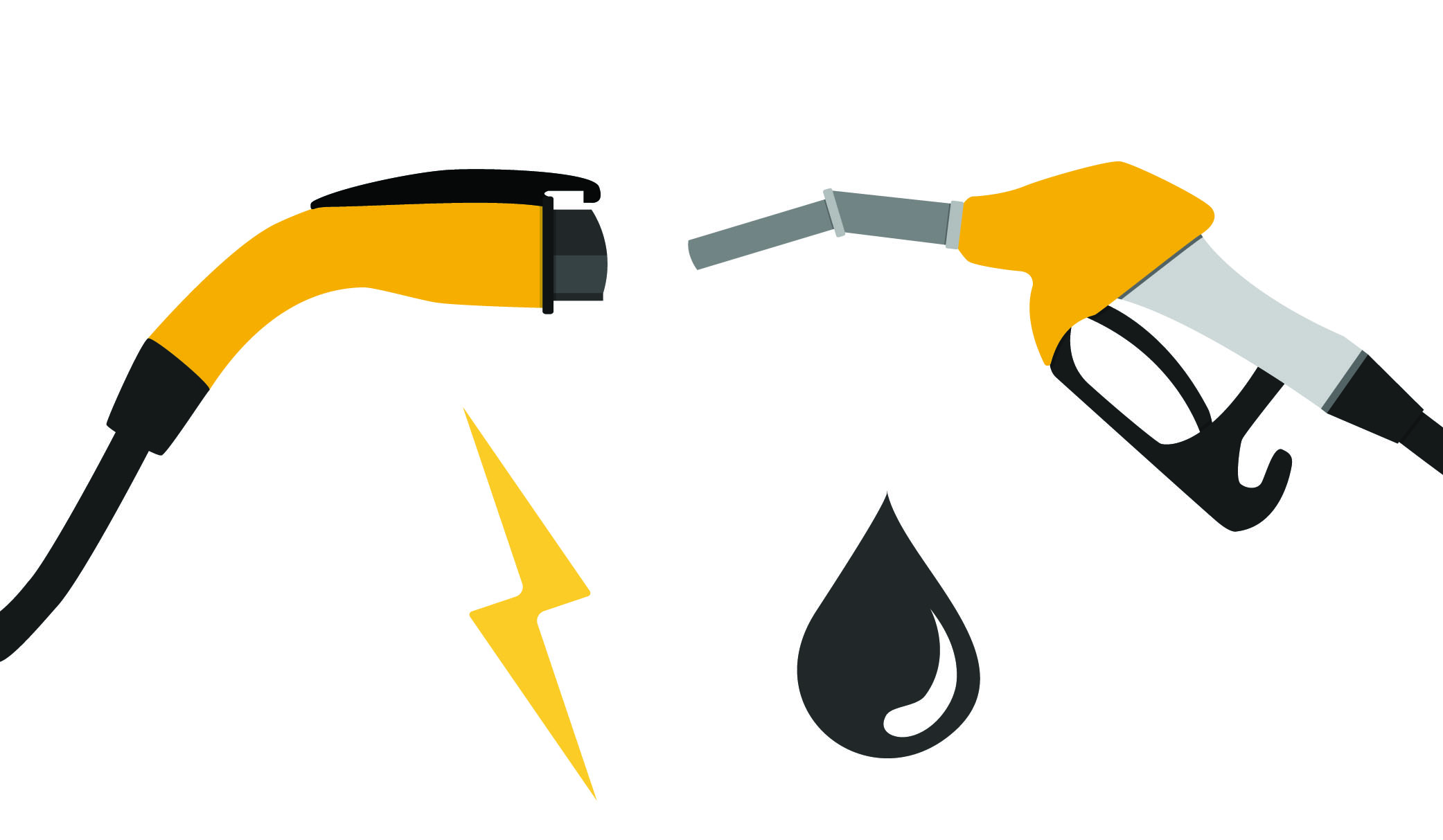 Deciding whether to switch to an EV can be a tricky decision – here you’ll find pointers on the difference between electric and petrol power.

There are many differences between electric and petrol-powered cars, from how they’re run to the emissions they give off. In this guide we’ll look into all the differences between the two, including which is more fun to drive and which will cost you more to run.

How do electric cars work compared to petrol cars?

Energy is held in a battery pack in the form of electricity. The battery packs are charged either at home or public charging stations. The energy is released to energise a motor, which in turn spins, turning the wheels and gets the vehicle moving.

Internal combustion engine (ICE) vehicles store energy in the form of petrol in the petrol tank. The petrol is supplied to the engine which ignites the fuel via a spark, producing an explosive effect. This pushes the piston down, which turns the crank shaft its connected to. That then rotates the gears inside the gearbox and the torque generated turns the wheels, moving it forwards.

An electric car has zero tail pipe emissions. The only emissions come from producing the electricity at the power stations and from the actual manufacturing of the battery itself. That’s it.

This is one of the key greenhouse gases and the one government are trying to reduce the most, its non-toxic to humans but is contributing to global warming and acidification of oceans.

One of the most dangerous gases in prolonged or large quantities of exposure, can lead to headaches, and breathing problems, and death in high concentrations.

For the planet it’s the main contributor to Acid Rain, and forms part of smog

When the petrol is burnt it forms acids, which lead to smog and acid rain.

Not only are these emitted from the exhaust, but when the car is filled up with petrol and the petrol storage tanks at filling stations are filled. The HC’s react with NOx in sunlight to produce smog which brings on the effects of asthma and breathing problems.

No ill effects from Nitrogen being released into the atmosphere as the air we breathe is made up of Nitrogen.

Just like Nitrogen no ill effects, Oxygen is part of the air we breathe

This is emitted from the exhaust as unburnt fuel but can also be emitted from the fuel system via evaporation on older cars on warmer days, the fuel will vent through special vents to relieve pressure in the petrol tank. To combat this fuel systems are now sealed systems, which will allow the tanks to vent but instead held in carbon canisters and feed back into the induction system.

Are electric cars better than petrol for the environment?

As a consequence of no emissions, EVs have less of an impact on the planet. Although they use more energy in the production process, it’s believed that those losses are outweighed by the emissions or pollutants saved through an EV’s lifetime.

Is an electric car faster than petrol?

Performance electric cars are fast – mind-blowingly fast in some cases, with sub three-second 0-60 times. Generally electric cars are a lot quicker off the mark than a petrol-powered car, as there is instant power when pressure is applied to the accelerator that goes straight to the wheels. In petrol cars the power has to be generated by the engine, which then has to be sent first to the transmission and then to the wheels, with some power being lost through this process. However petrol-powered cars have greater performance over a prolonged period of time.

Are electric cars cheaper than petrol to run?

Whilst battery repairs and replacements are expensive on electric vehicles, the overall servicing is cheaper. When it comes to routine servicing, electric cars have less items that need to be checked or changed, compared to the newer complex petrol vehicles. The day-to-day running of an EV is less expensive too as their low emissions means cheaper road tax and charging a full battery on average costs around £8-9, whereas a full tank of petrol can cost up to £70.