There are a number of different car charging connectors on the market and it can certainly seem confusing at first, the ones you can use will depend on the manufacturer or model of your vehicle, just like if you have an Apple or Android phone. Similarly, chargers offer different speeds too and only certain vehicles are able to take advantage of the faster chargers.

However, despite these complications, the good news is if you lease a car it will be brand new, and all vehicles produced since 2014 have by law had to have a Type 2 connector. There may be other options too, which are explained below, but if you can find a Type 2 compatible charger then you’ll be good to go.

Rapid chargers are capable of speeds up to over 100kW, this should be enough to fully charge most vehicles in under an hour, but also, more importantly, could give enough juice to get you home within a matter of minutes. Within this category there are Type 2 connection charging points, these use AC current (just like you have at home), are capable of speeds up to 43kW and will usually come untethered so you just plug in your own cable and charge up. All our lease vehicles have a Type 2 connection so as long as you have your cable you know you can use all of them. 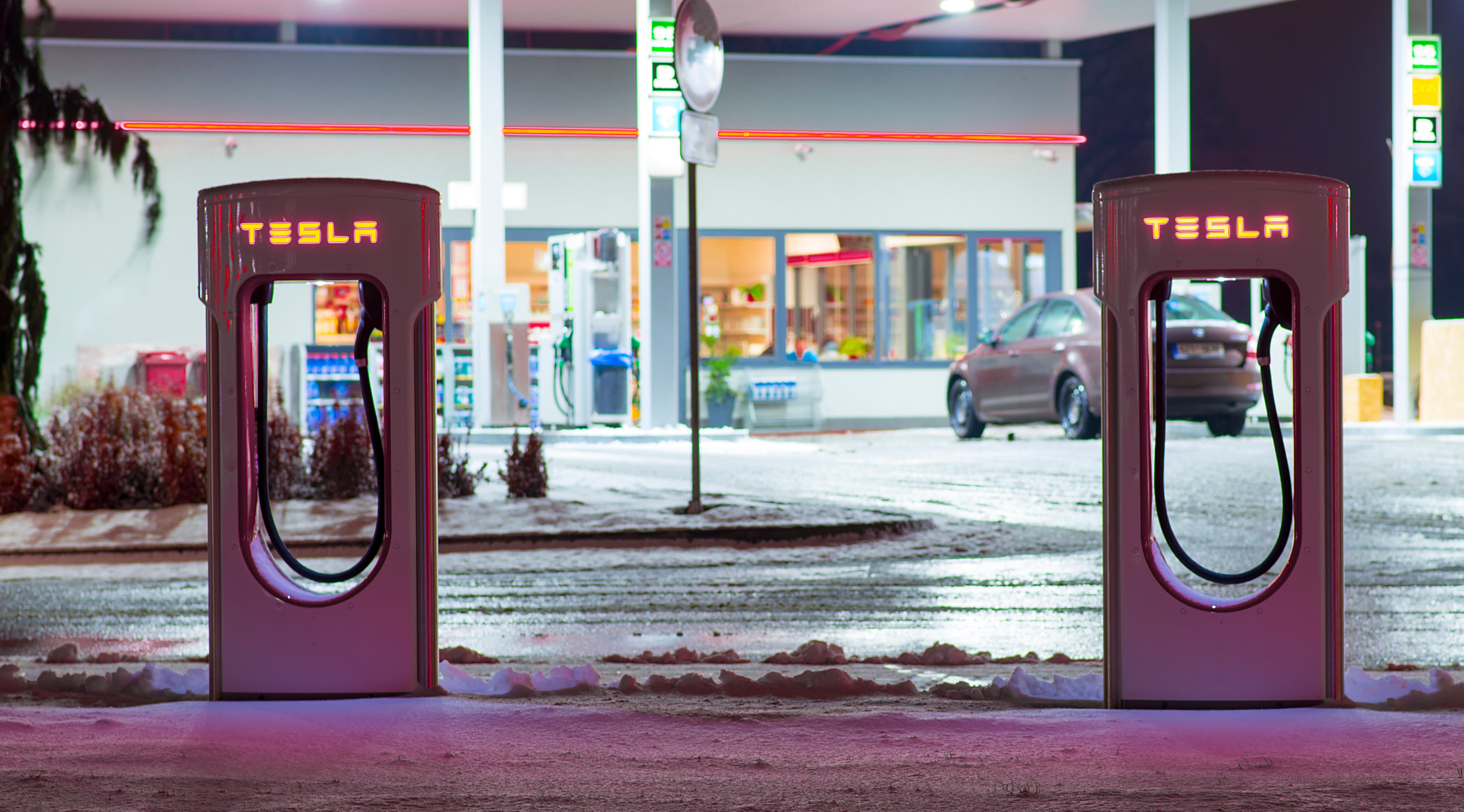 Also in this category, you will find faster Rapid Chargers which use DC current, are more powerful, specific to certain brands and will almost always be tethered, meaning the cable is already attached to the plug ready to use. Connectors used on these charger types will be either CHAdeMO, CCS, or Tesla Type 2 (more information below).

Fast Chargers range from 7kW up to 22kW so charging to full will usually take several hours, however, they are more than fast enough to give you enough miles to make short journeys to the shops for example. For that reason, these charger types are often found at shopping centres or car parks. Not all vehicles will be capable of taking full advantage of the speeds available, so if your car can only take 3kW, for example, you can still use a faster charger but it will only charge at your slower rate. Chargers may come either tethered or not and connectors used for these chargers will be one of Type 1, Type 2 or Commando (more information below).

Slow Chargers top out at 3kw and are often found at homes and places of work as they are only really suitable for filling up over longer periods, for example overnight or during the working day. Connectors used for these chargers include Standard 3 pin plug, Type 1, Type 2 and Commando although it is not recommended to use a 3 point socket due to the high currents involved with car charging.

With all the different connector options it can seem confusing when researching charging networks and wall chargers. However, when leasing things are little more simple, every single new vehicle on the market, and therefore everything we offer on our website, features a Type 2 connector. Depending on the brand you choose your car will probably also include either CCS, CHAdeMO or Tesla Type 2 as well for even faster DC charging. 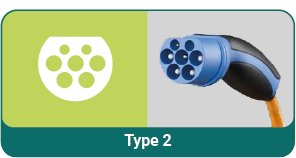 The Type 2 connector is the standard in Europe and a legal requirement to be included on all new vehicles, it uses AC power but unlike Type 1 is also capable of allowing rapid charging as well as fast and slow. As we only lease new cars, every vehicle we offer includes a Type 2 charging connector. 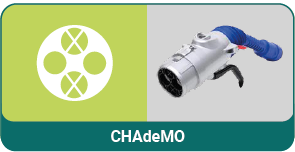 This plug type is sometimes provided as an additional option for DC Rapid Charging, primarily by Asian manufacturers, but vehicles which feature it will also include a Type 2 Connector.

Primarily used amongst German manufacturers, the CCS plug is sometimes provided as extra option for DC Rapid Charging. Similar to the CHAdeMO connecter this would be a supplement to the Type 2 connector.

New models of the Tesla, such as the Model 3, include another specific connector called the Tesla Type 2. This is alongside the standard Type 2 which features on all models.

Some vehicles will be capable of charging using the standard 3 point plug socket in your home and use AC power. However, charging speeds will be extremely slow so this is generally only considered a last resort option for topping up.

This plug type is not common for car charging and more often seen on units such as caravans. Just like Type 1, it’s not capable of being used for Rapid Charging.

Type 1 connectors are no longer used by new vehicles so will not feature on your lease car. They are capable of being used on both slow and fast chargers but not rapid networks and use AC power.

The driver, their spouse or partner and immediate family (children, siblings, parents etc.), as long as they meet the driver-eligibility criteria.

Below is the Total Care driver-eligibility criteria:

What do you get with the Total Care package?

Our Total Care leasing service ensures you get all the cover you need for your leased vehicle. The key benefits of the package include:

What isn’t included in the Total Care package?

Arval is not providing personal injury cover for the driver, however any Thrid Party passengers would be included whithin the policy. In the event of a non-fault incident, get in touch with Arval’s Driver Helpline team on 0370 664499 as Arval will be able to facilitate any injury claims incurred to the driver or any passengers as part of the loss recovery process via the third party insurer.

Personal belongings are not included with Arval Total Care.

Search all cars I have more questions about cars

Search all vans I have more questions about vans

Search all pickups I have more questions about pickups