What’s The Difference Between a Crossover, SUV and 4x4?

They all look the same but what are the key differences? Will, the 4x4’s off-road ability be matched by an SUV or Crossover, can a 4x4 match the around town nimbleness of a Crossover, or are they both unable to compete with an SUV’s all-round abilities?

The much-desired high up driving position and ruggedness of a traditional 4x4 has been fulfilled by SUVs for urban driving in last 10 years, as drivers moved away from the typical family estate and saloon cars to these bigger and perceived safer vehicles.

With the recent emergence of smaller hatchback sized crossovers, which gives the driver an elevated driving position over a hatchback, the security and safety from its SUV styled looks.

What is the difference between these 3 different body styles, when they all look the same?

The start of this type of body style, the name comes from the fact the engine is powering all 4 wheels all the time. Historically the most recognisable 4x4 would be the Land Rover Defender or the Toyota FJ40 Land Cruisers

Built with the body on chassis, this adds exceptional strength whilst slightly sacrificing on-road handling. Having the body bolted to the chassis helps with maintenance of these utilitarian vehicles. Plus, with simple construction, the engine, gearbox and axles all bolt to the chassis, along with the suspension components. The Jeep Wrangler and Toyota Land Cruisers are still built in this style and known for their ruggedness.

Benefits of a 4x4

The new Land Rover Defender is now built in a unibody style, where the driveline and suspension components bolt to the body instead of the chassis/frame. The vehicle has full-time all-wheel drive, and still as capable off-road as the older defender.

The body on chassis layout has been adopted and developed for pickups like the Nissan Navara and VW Amarok which is perfect for the intended nature of these vehicles. 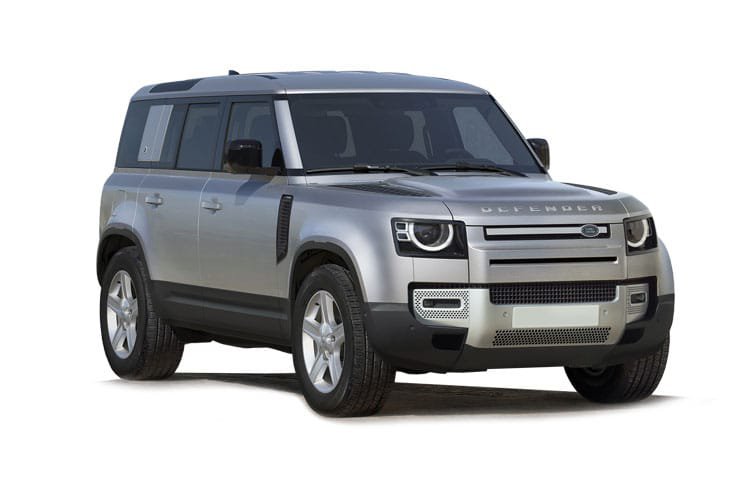 The iconic British off-roader is back and it’s better than ever. With an updated and simplified boxy design, this all-new Land Rover model has to be one of the coolest and most capable 4x4s on the market. The Mitsubishi L200 is one of the most popular and desirable pickup trucks on the roads and is available for van leasing. The Discovery with room for 7 adults and a standard spec including alloy wheels, air conditioning, electronic traction control, and park distance control.

What is an SUV?

The manufacturers saw the rise in popularity of the then 4x4s and started to develop models with more creature conforms and refinements. That’s when the SUV (Sports Utility Vehicle) was born.

An SUV has the same high driving position of the tradition 4x4 but the body is sleeker and more stylish in design. Built on a unibody chassis layout, it gives a more car-like feel to the handling and steering.

The body of an SUV is built in a one-piece unibody style, adding rigidity whilst saving weight, the lower vehicle weight can allow for smaller engines.

Benefits of an SUV

The SUV range is vast, with an SUV to suit anyone's need and price point, from the Nissan X-Trail to the Range Rover Velar. With nearly all SUVs having the option to add 4 wheel drive, they can be capable off-road and in harsher conditions than a conventional car. The epitome of luxury, The Range Rover has been the elite all-terrain choice for many a decade and the latest Range Rover Sport model is no exception. Welcoming drivers to a more luxurious and involving driving experience, Range Rover Sport leasing offers superb versatility, comfort and superior agility too. The X5 is one of the German carmaker’s biggest selling SUVs. It is well-styled, classy inside and out and is brimming with tech and high-spec features. As you would expect of a premium marque, it is built with Germanic precision. There's so much to recommend about this Skoda, it's a great drive with a smart interior and plenty of room for passengers and luggage alike. The XC90 might be the car for you if you need extra room. You’ll be able to get 7 adults in here, and with standard features including leather, cruise control, air conditioning, and MP3 connectivity, all of your passengers will love being driven around in it. If you want an attractive SUV that's spacious and great fun to drive as well, the Jaguar F-Pace is a perfect choice. On the inside you get some great gadgets too, the standard model includes an 8-inch infotainment system with sat-nav, a DAB radio, a USB socket, Bluetooth and an in-built wifi hotspot.

Whats is a Crossover?

Following on from the popularity of the SUV came the crossover. These have a lot in common with their hatchback cousins from the manufacturer’s range. The first crossover to be released was the Nissan Qashqai, which brought SUV looks and hatchback technology to the segment.

Crossovers are typically front-wheel drive, with smaller engines than an SUV. They mirror the size and technology in the equivalent hatchback, allowing the crossover to achieve good MPG and low emission figures, whilst having the chunky looks and space of an SUV or 4x4.

Benefits of a Crossover

The crossover segment has three sizes, the smaller hatchback size like the Skoda Kamiq which is like a VW Polo, or the slightly larger Peugeot 3008 which is a similar size to a Peugeot 308 inside. Recently refreshed in 2018 to incorporate Land Rover's new design language, the Evoque is the best version yet. The new 5-door carries nothing over from the previous generation other than the name, allowing Land Rover to improve the already hugely successful Evoque in all areas. Now in its second generation, the Mazda CX-5 follows the Kodo design language, which is the 'soul of motion', sitting lower than the previous generation. A redesigned front now has graceful but energetic lines, The Kia Sportage is the company’s best-selling model in the UK and one of the best sellers in its class. The Sportage we know and love today was updated in 2018 to a more contemporary look, keeping KIA's signature tiger-nose grille, but a more refined and sharper look. The RAV4 is a particularly spacious vehicle, offering one of the largest boots in its class. You'll also get a car that's easy to drive and offers the reliability you'd expect from the Japanese brand.

If you want to see the full range, see our best SUV and Crossover car lease deals available now, with free delivery and road tax included from Leasing Options.

Pickup leasing dealsI have more questions about pickups
This site uses cookies. Please read our cookie notice for more information on the cookies we use and how to delete or block them.