Here at Leasing Options, we've seen significant growth over the last few years and, as a result, we're delivering more and more brand new cars to our customers every day, which got us thinking... How many cars are actually produced every day, every hour, every minute, maybe even every second? So, we decided to investigate!

Take a look at our 'Cars Per Second' visualiser to see car production in real-time! 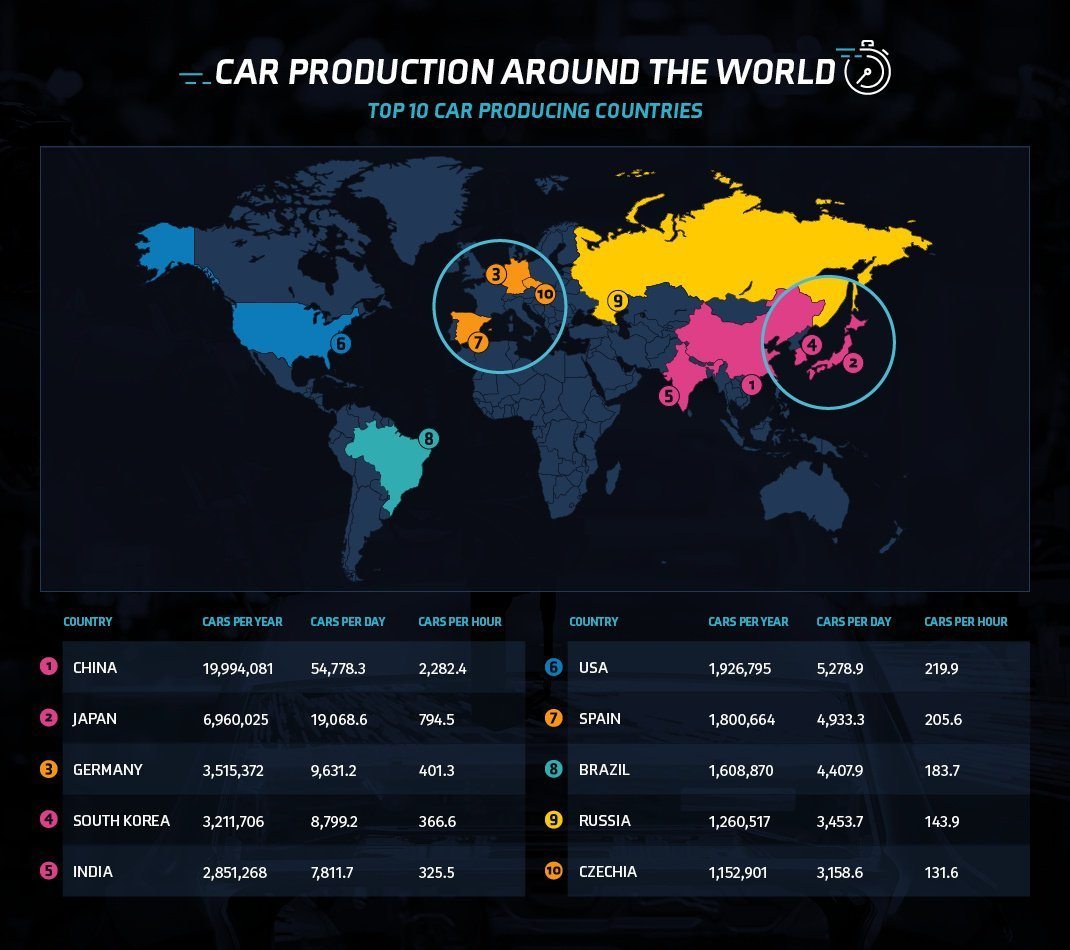 Which Country Produces The Most Cars?

China produced the most passenger cars in 2020, and by some way. Last year the country produced almost 20 million cars, nearly three times more than Japan, which was the second-highest producer in the world, making close to 7 million cars.

Being able to produce such a large amount of cars becomes even more amazing when you break it down into smaller timestamps. 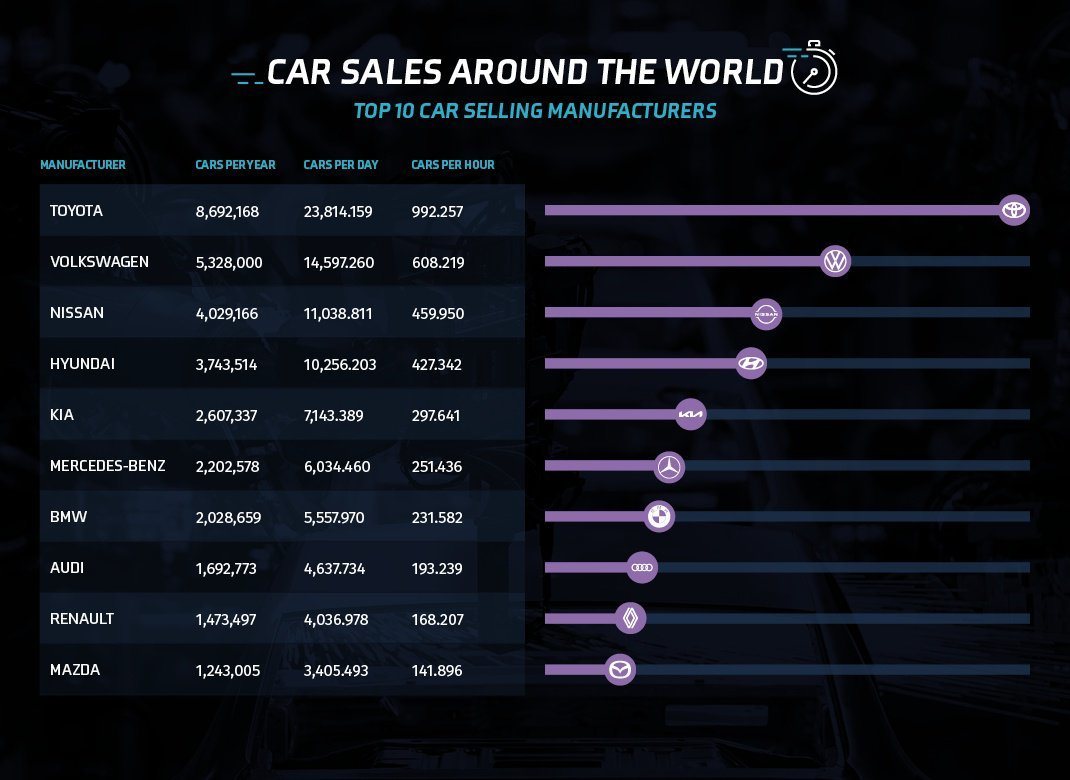 Which Car Manufacturer Sells The Most Cars?

Toyota was by far the most in-demand manufacturer of 2020, totalling over 8.5 million car sales last year. That's nearly 24 thousand cars sales a day and a thousand an hour! They also out-sold rivals Volkswagen by 3.4 million, which equates to just under 10,000 more sales every day.

As you can see in our top 10 list above, in the battle of the executive cars, it was Mercedes-Benz that came out on top over their fierce rivals BMW and Audi, selling around 200,000 cars more than BMW and around 500,000 more than Audi in 2020.

Mazda was a surprise entry, managing to squeeze into the top 10 with just over 1.2 million sales last year.

How Many Cars Are Produced Every Year?

In 2020 there were reportedly 55,834,456 passenger cars produced. That number was drastically lower than in previous years due to the impact COVID 19 had on the motoring industry.

According to Statista's Research Department, 2020 showed a decline of around 15% of cars produced compared with the previous year.

How Many Cars Are Produced Every Day?

How Many Cars Are Produced Every Hour?

Around 6,374 passenger cars are produced every hour around the world. Out of all the countries, it's China that tops the leaderboard, producing just shy of 2,300 every hour of the day. That's around seven times the number of passenger cars produced in the UK and the USA, combined.

How Many Cars Are Produced Every Minute?

106 passenger cars are produced around the world every minute. Topping the list of cars made are Toyota, Volkswagen and Nissan models, totalling 34 of those 106 cars, which is just under a third of all cars produced per minute.

How Many Cars Are Produced Every Second?