In June we'll be focusing on those motors that can make grown men and women go weak at the knees, the pacy machines that captivate from childhood, a petrol-head's favourite - sports cars. If you're looking to lease something that'll set your pulse racing, impress the neighbours and make you fall in love with driving all over again then you're in the right place. We've chosen the best vehicles available right now, our top sports car lease deals, all on offer for just one simple, monthly payment. 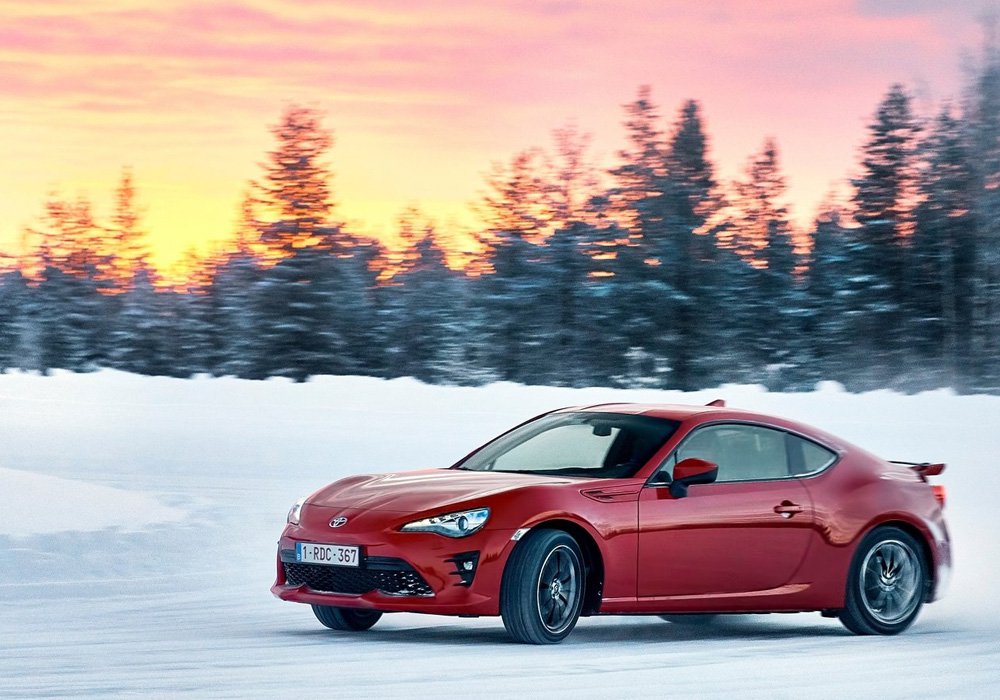 For a brand that’s more famous for hybrid cars not hypercars, the GT86 confirms Toyota can still make machines for all you drivers out there. Supremely light on its feet, this vehicle has perfect poise in the corners and handles as well as anything else on the list. Inside, everything is built with motorists in mind too. A uncomplicated but comfortable cabin doesn’t feel particularly premium, but neither is this car’s price tag, and more importantly everything sits where it should and there are no unwanted distractions to detract from the task in hand. What you get with the GT86 is fantastic value for money in a lightweight racer than great fun to drive, if that sounds like what you’re after speak to one of our account managers today about our latest Toyota GT86 lease deals. 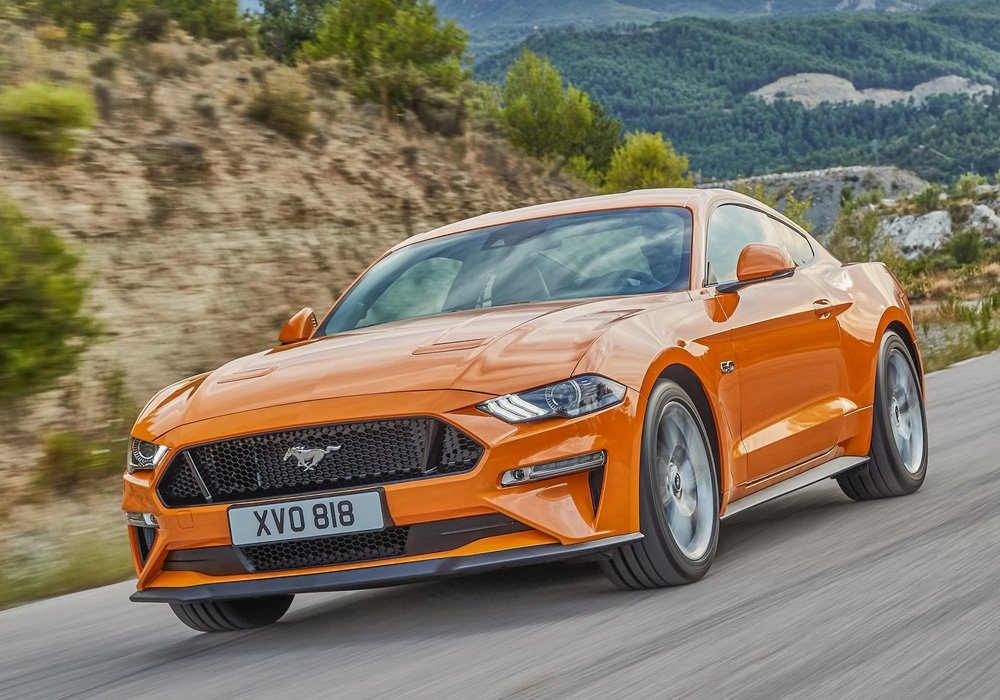 The bestselling sports car of all time should need no introduction, but then again this side of the pond we’ve had a long time to wait to finally see a right hand drive model. Thankfully that time has now arrived and the famous pony is ready and waiting to muscle in on UK roads. Nothing else here cuts quite as commanding a stance as the Mustang, and under the hood a 5 litre V8 ensures that bite well and truly matches bark. There aren’t many cars with as much heritage as the Ford Mustang, especially for this sort of money, you need to see one in the flesh to really understand its impact. It might be a bit big for UK roads, and you’ll probably find yourself back at the pumps more often that you’d like, but then there’s nothing else quite like Steve McQueen’s favourite machine. 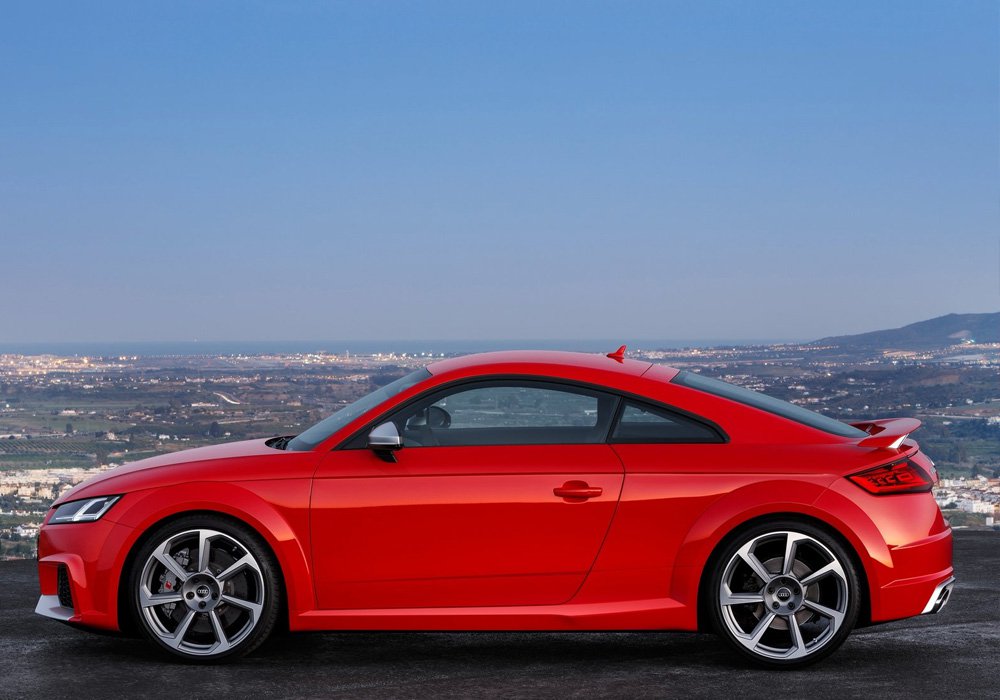 This year celebrating its 20th birthday, few cars can claim to have influenced noughties style language in the way that the TT has. Those cute clam shell curves helped usher in a new era of softer lines and rounded edges that lasted throughout the decade, and have influenced pretty much everything Audi built since. Alongside those trailblazing looks, the TT has always delivered the sort of premium quality you’d expect from Ingolstadt, and this third generation vehicle is no different, the interior is draped in superior materials and neat, minimalist design. On the road, performance won’t match some of the pacier contenders here, but the TT is still great fun to drive and with plenty of guts. There are loads of reasons to recommend Audi TT leasing, speak to us today to find out more. 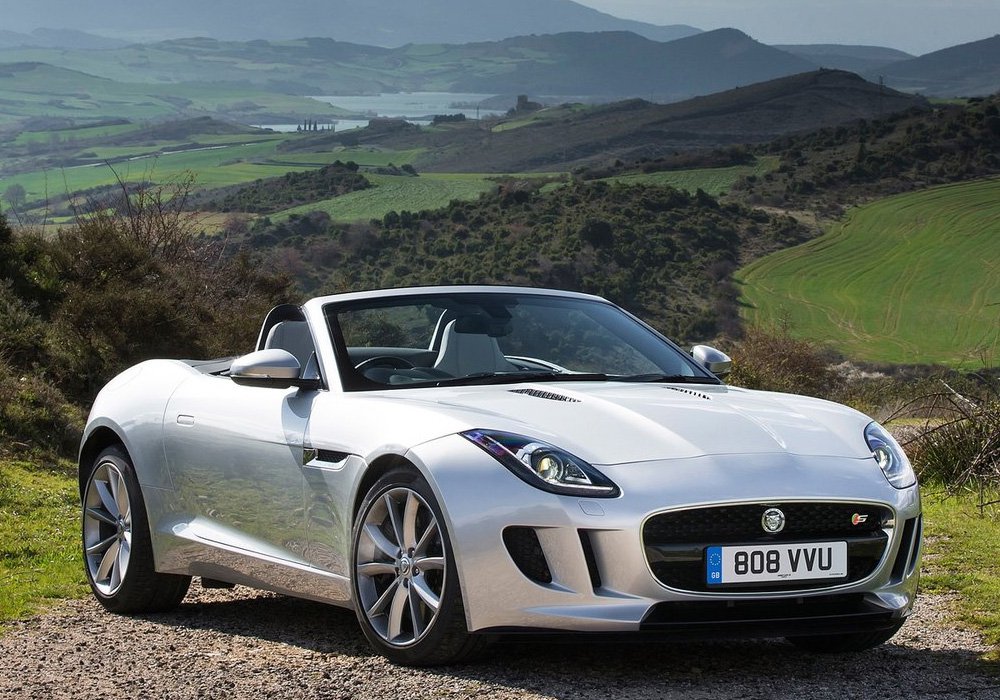 Jaguar has produced some seminal cars in their time and the latest F-Type might just be a another classic. Sporting that racy, long-nosed look, reminiscent of its predecessor the E-Type, this is an undeniably eye-catching motor – one that’s sure to set you aside from the crowd. This big cat doesn’t just look great either, it sounds the part too with a choice of monstrous engines ranging from a 296bhp four-cylinder turbocharged 2.0-litre all the way to the SVR version’s 5.0 litre V8 that kicks out 567bhp. Whichever you opt for, expect a driving experience to match anything else on the road, with nimble handling and the added option of a six-speed manual gearbox. Inside, Jaguar complete the package with subtle and luxurious design, is it time you considered Jaguar F-Type leasing? 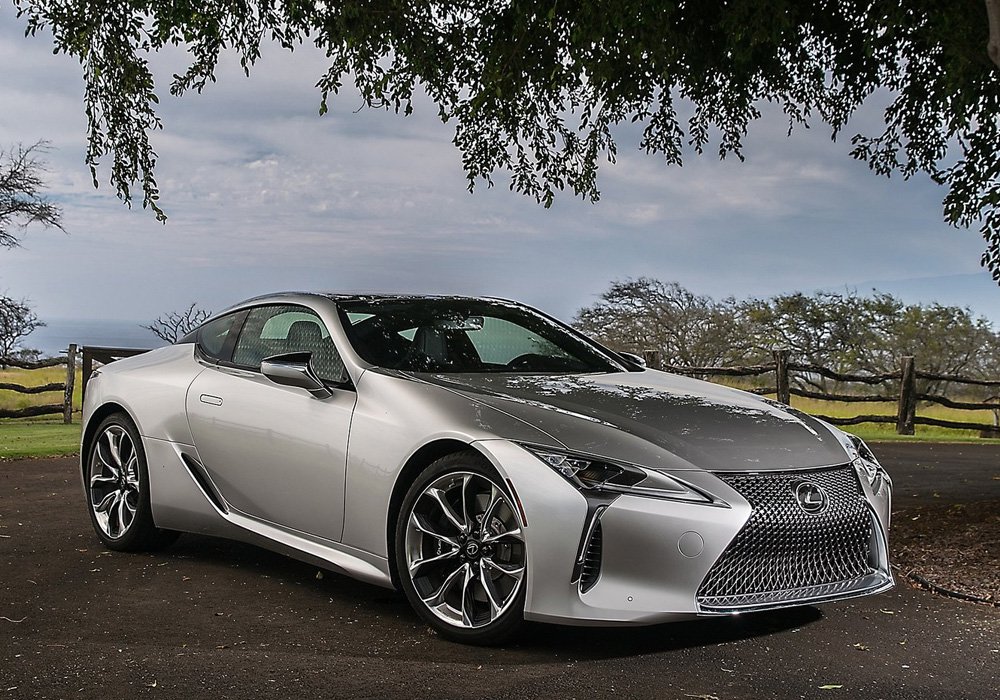 Lexus hit their stride recently with some stunning new vehicle designs, all sporting versions of their dazzling spindle grille. It would probably be fair to say people have had a bit of a Marmite-style reaction to the Japanese brand’s new cocksure presence, exemplified by their unique forms, but when it comes to the LC the result is jaw-dropping. Simply put, if you’re hoping to turn heads this is the sports car for you. On the inside this Lexus looks incredible too; wrapped in sleek, tightly stitched alcantra with smart, minimalist buttons and switches – the branded analog clock is a nice touch too. However, don’t assume the LC stands for style over driving substance, it’s great fun to drive and packs serious sub-five-second 0-60mph performance too. 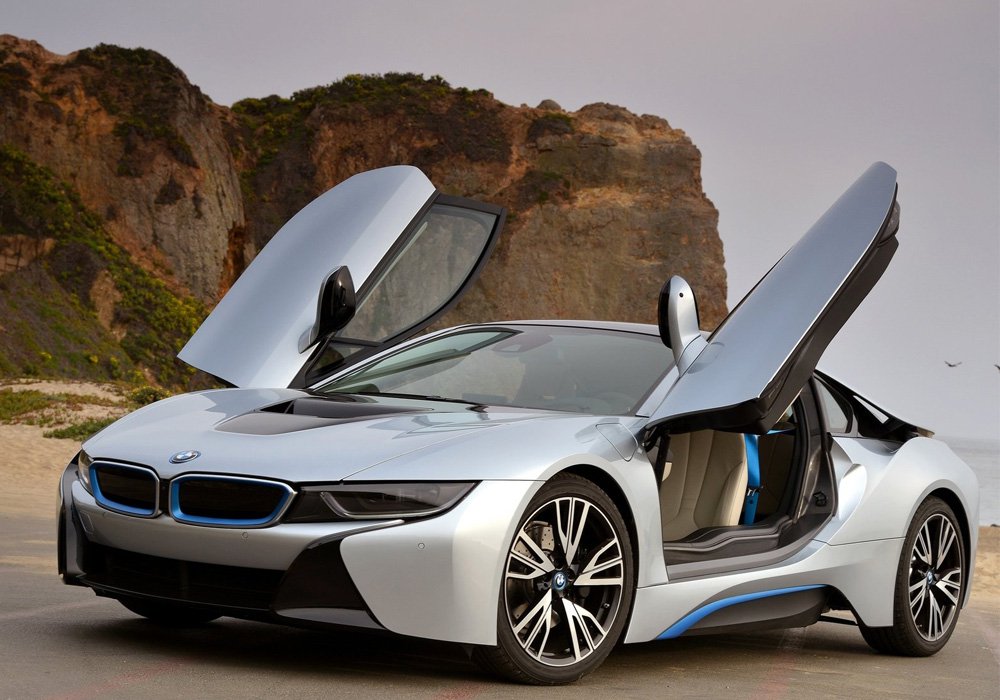 Is this the sports car for the 21st century? BMW combined futuristic super car looks and the latest petrol-electric hybrid technology to create this amazing vehicle, the i8. Technically, this a truly revolutionary car, it paradoxically couples track-worthy performance figures with super-frugal fuel economy of up to 134.5mpg. Plus, as this is a Beemer, you know the driving experience will leave nothing to be desired too, the i8 is brilliantly responsive and glides nicely through any corner you throw it at. Butterfly doors, an imposingly low and wide stance and the option of a roadster or coupe make the i8 arguably the full package. If you’re looking for a genuine sports car but want to save the planet while you’re at it, take a good look at our latest BMW i8 lease deals. 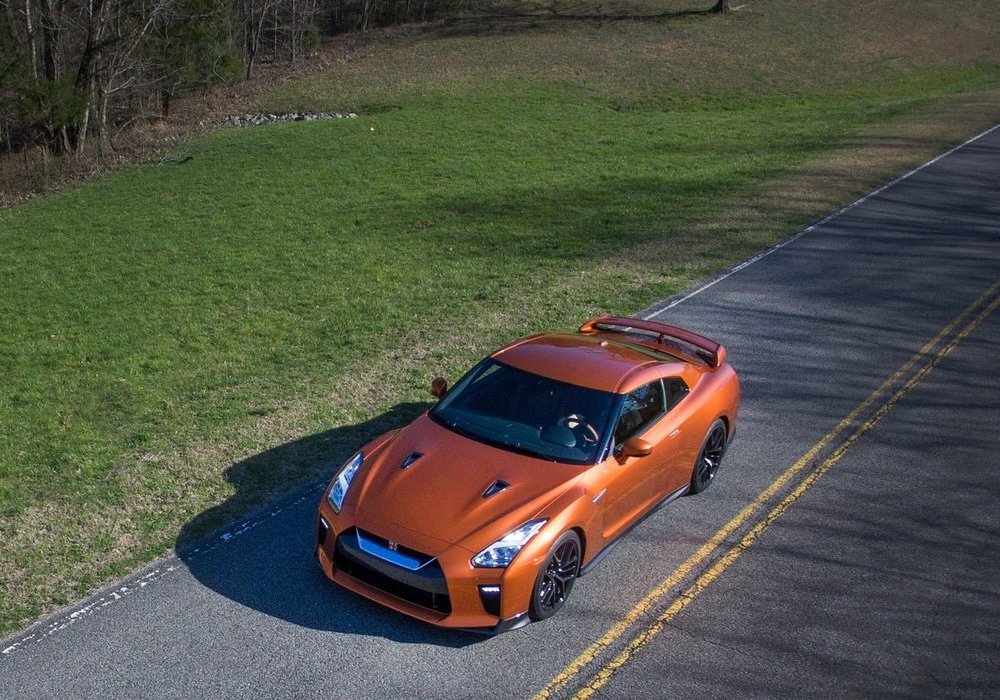 Arguably Nissan’s most iconic contribution to the motoring world, the GT-R wowed the world when it was first introduced back in 2007. Offering incredible performance, almost completely unrivalled at this price point, and the sort of raw power that can make grown men giddy with excitement – it’s easy to see why this car had such an impact. This latest model brings with it plenty of improvements too, thankfully without losing sight of what made the GT-R great in the first place. The interior has been honed and now promises more comfort and better dashboard ergonomics, and you’ll still get four seats. Probably the only black mark on Nissan’s copybook reads ‘could do better’ when it comes to efficiency, but then you weren’t looking for the sensible option here were you? 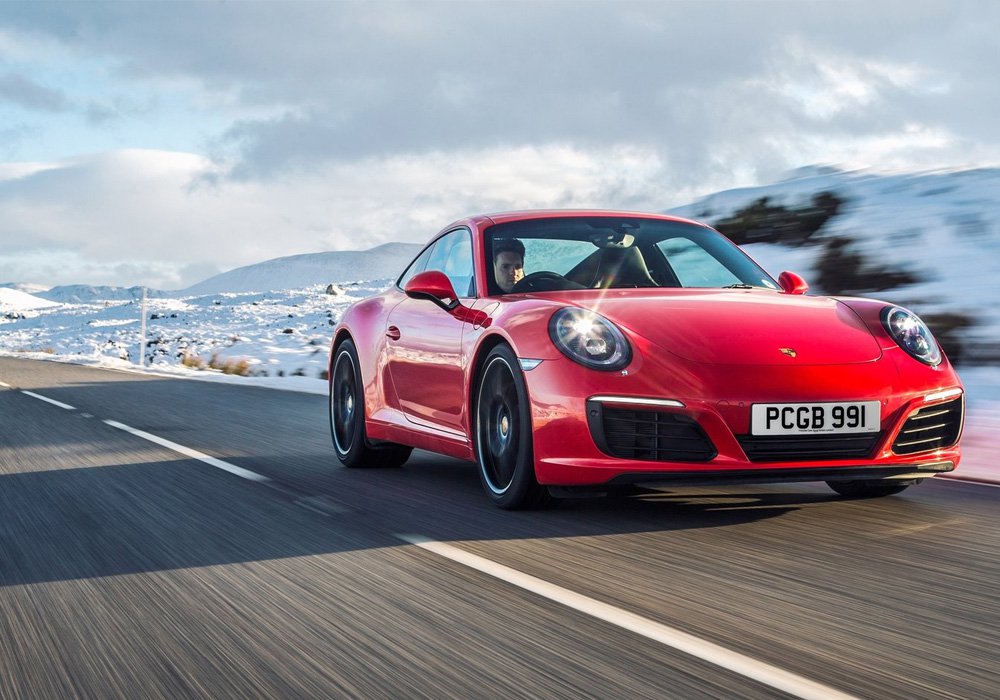 Porsche’s legendary 911 has been adorning kids’ bedroom walls for generations now and shows no signs of stopping any time soon. It’s still got classically beautiful looks, it’s still one of the best cars to drive ever produced and these days the 911 is more practical than you might think too. Despite looks and performance guaranteed to quicken the pulse, this is a sports car to buy with the head as well as the heart. Luggage space is situated under the bonnet, and you’ll find a decent 145 litres of wiggle room in there. Add to that mpg figures that’ll keep you off the forecourt for weeks on end and it’s clear Porsche have made an undeniably brilliant vehicle even better. Drop us a line to find out if Porsche 911 leasing could be just what you’ve been looking for. Alfa fans rejoice, the 4C marked a return to the true swashbuckling spirit of the famous Italian marque. This feather-light sports car weighs in at just 925kg, meaning it can surge from 0-62mph in only 4.5 seconds but is also capable of doing over 40mpg. Having said that, this probably isn’t a car to buy for practical reasons, you won’t find much boot space on board, the interior doesn’t offer much luxury and the infotainment system feels a little bit budget. This is an Alfa though, and the 4C makes up for all that with its love-at-first-sight, seductive body and thrill-a-minute ride, it’s hard to think of anything at this price point that could delight so much on the road. Speak to one of our account managers today if you’d like to find out more about Alfa Romeo 4C leasing, you won’t regret it! 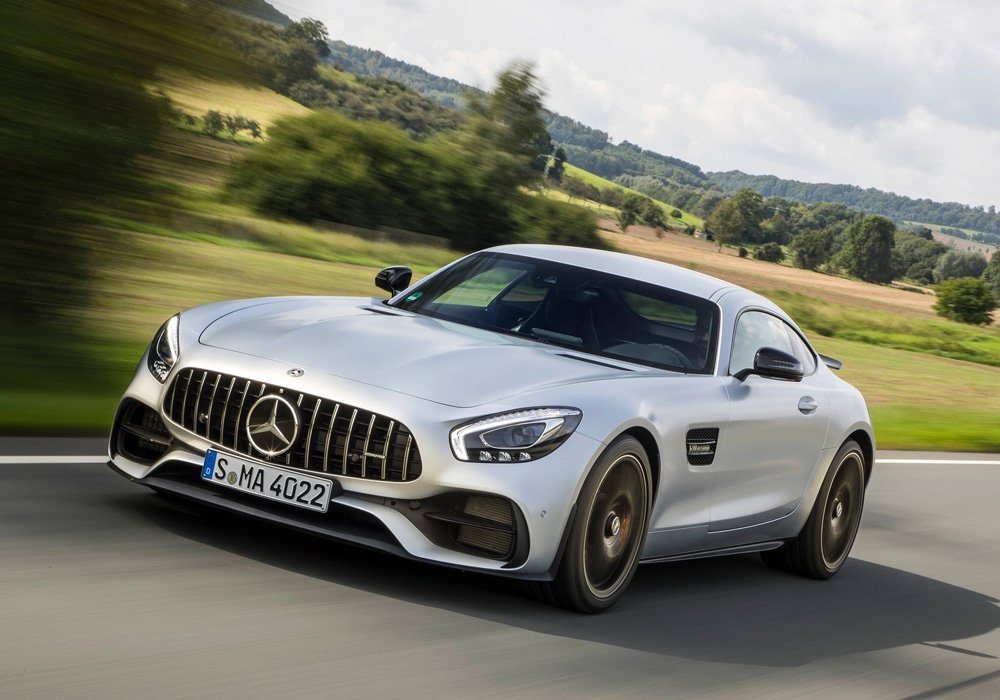 Mercedes’ extravagantly curvaceous coupe has the sort of classic sporty style that would fit neatly in to any motoring era. The imposingly wide, muscular front end is dominated by oversized headlights, vents and that signature Merc grille, it somehow feels vintage and modern all at once. And if the GT looks a bit larger than life, it certainly sounds that way too, packing a vicious V8 with its rasping repertoire of growls and grumbles. Inside, everything feels beautifully premium with luxurious materials punctuated by oversized dials, buttons and gadgetry, this is as much cockpit as it is front seat, not that we’re complaining. It is undoubtedly one of the most exquisite machines we’ve ever offered, click the link below to browse our latest Mercedes AMG GT lease deals.

Ford' American icon gets the road test review treatment in top down...

Is this Mercedes the sexiest sports car on the road?