Would you love a brand new car in 2018? You've come to right place if a you're looking at leasing one of the fantastic SUVs and crossovers available right now. We've summarised all our favourite models below with our best lease deals for each, please drop us a line today if you'd like to discuss any of these brilliant vehicles in more detail with one our friendly team of account managers. 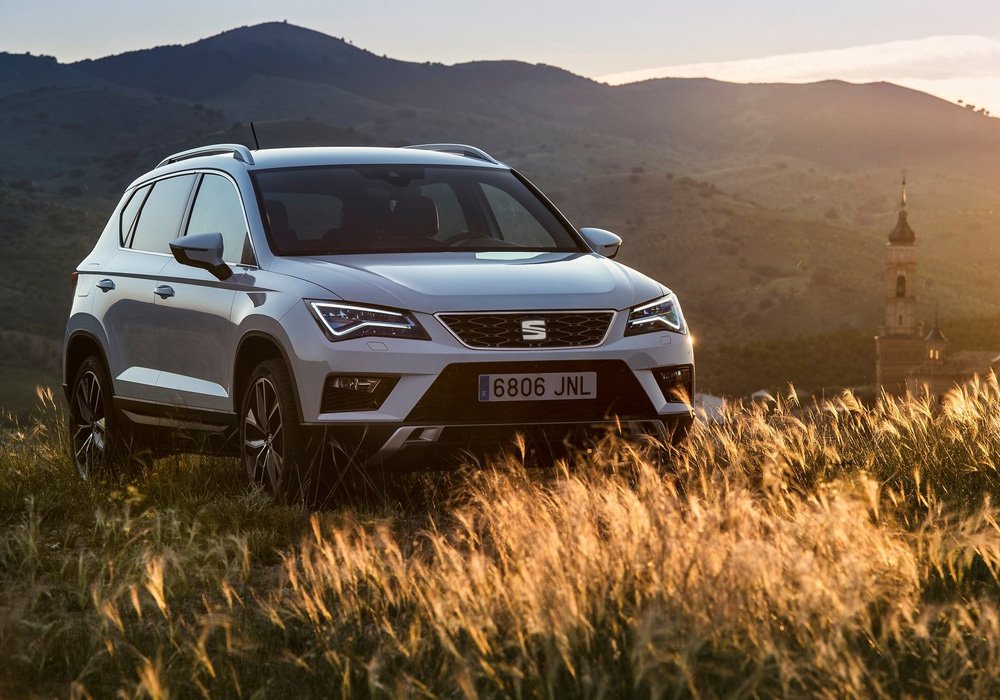 With demand for SUVs growing every year, manufacturers have been falling over themselves to get involved, and SEAT had been conspicuous by their absence in the marketplace. Last year the Spanish marque finally brought up the curtain on their first attempt at a crossover and it'd be fair to say they smashed it. Built on the same platform as the likeable Leon, the Ateca offers great practicality with plenty of interior space for all the family. Perhaps more importantly though this car is loads of fun, it's handles more like a hatchback and looks genuinely desirable too. There's generous tech on offer as well, with all models featuring smartphone connectivity- is this the best value vehicle on our list? 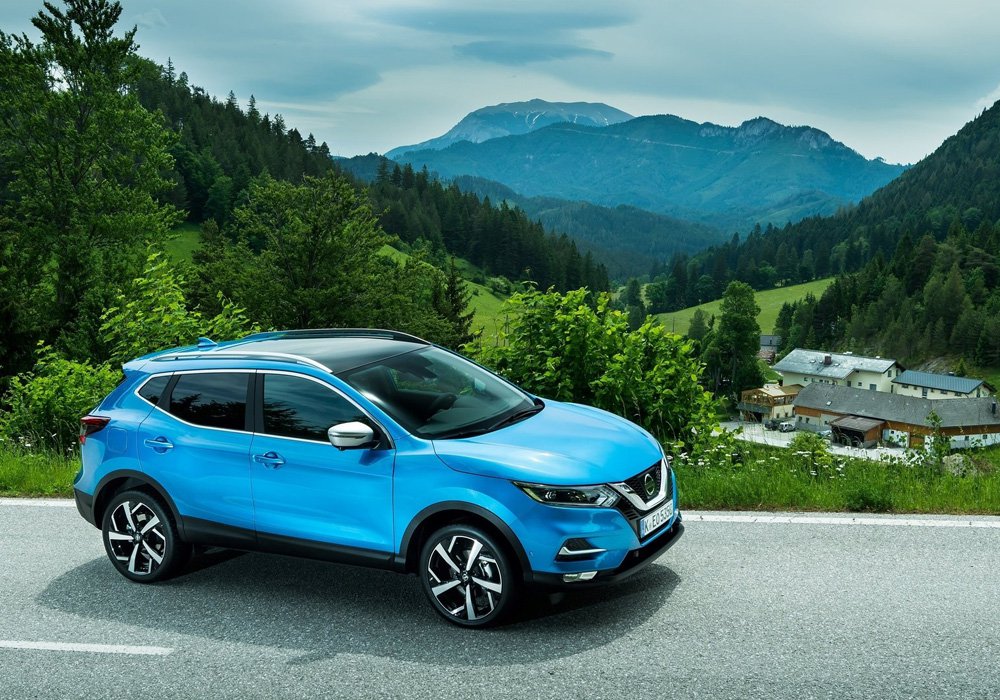 For a little over a decade the Qashqai has been one of the most recognisable cars on UK roads. Built in Nissan's Sunderland production plant, the sporty compact crossover has been a major factor in driving the taller body shape in this country. Last year saw the second generation receive a refresh to keep up with a spate of new rivals, and the latest model is as compelling a choice as ever. Simply put, the Qashqai does very little wrong, it's affordable, practical and well built for starters. The ride is comfortable too, if not particularly engaging, and there's a choice of economical engines keeping pump costs low. It's not hard to see why this vehicle has proved so popular, drop us a line to find more about leasing the Nissan Qashqai. 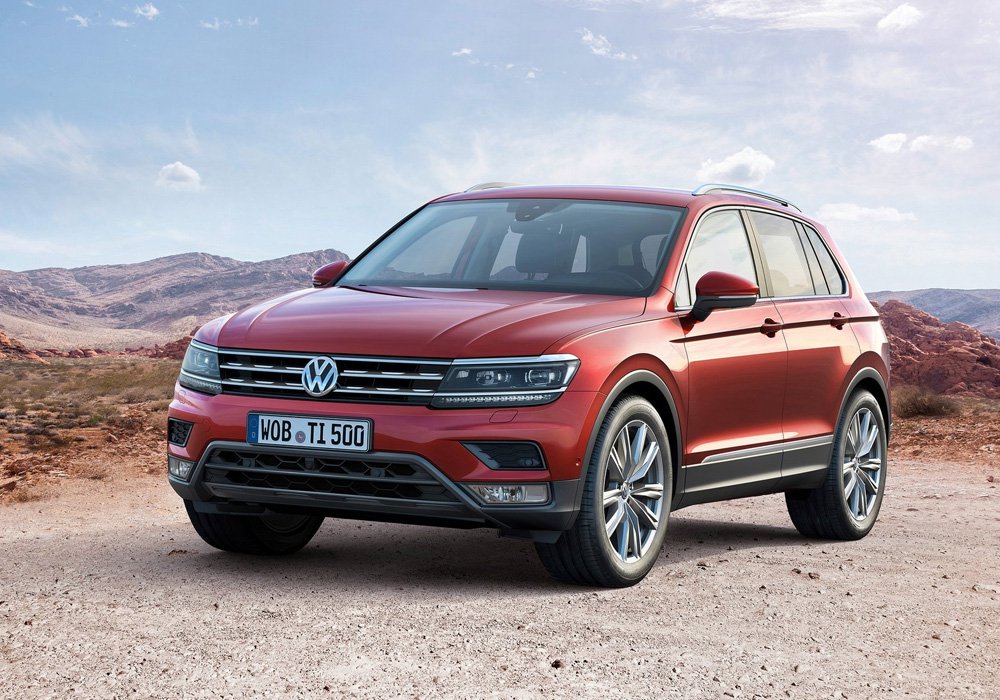 Despite the Tiguan's success, or perhaps because of it, we've had to wait practically 10 years to clap eyes on the vehicle's second iteration. This year sees the release of the latest model, which has been tweaked and sharpened in all the right places, giving the Tiguan a real premium persona. Inside, the redesign has helped Volkswagen find some more space as well, rear seats get extra leg room making the car even more family friendly. The front seat is a nice place to be also, with a great driving position and ergonomically designed dash featuring functions that are simple to operate. The new Tiguan is an improvement on an already excellent vehicle, click the link below if you would you love to lease this brilliant car. 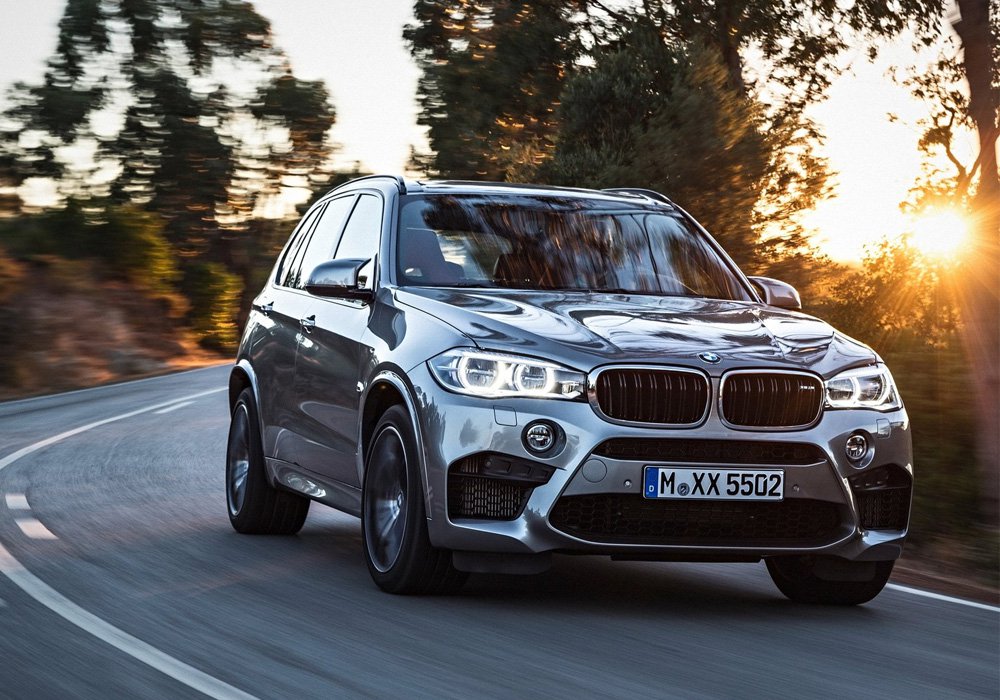 Back in the late nineties, BMW brought out their first SUV and it was one of the early luxurious entrants to the crossover market. Fast forward a good few years and the latest model still exudes prestige from every element. The interior plays host to plenty of premium materials and, whilst the design looks a little dated compared to some rivals, it still feels very polished. Comfort is impressive too, there's loads of leg room in the front and back, and the ride is refined. Choose one of the diesel engines and you'll get arguably the most fun to drive car on this list, handling is truly impressive, especially for a vehicle of this stature. There's loads to recommend BMW X5 leasing, why not speak to us today if you think this could be the SUV for you. 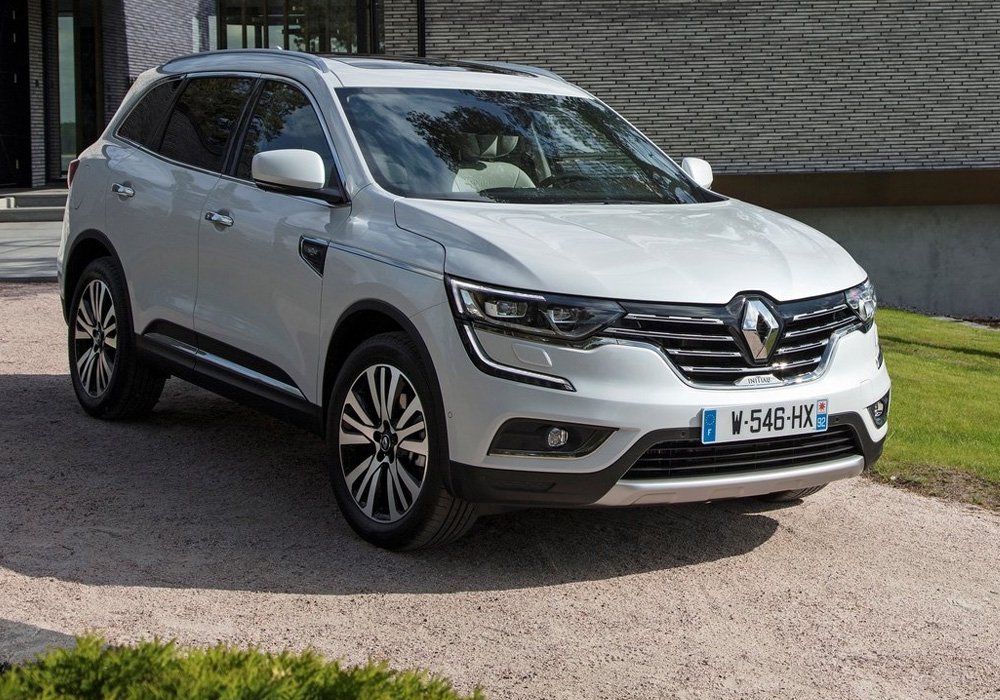 Renault have resurrected the Koleos appellation to title a D segment SUV that will take top spot in their trio of crossovers as a bigger and more luxury offering than the Captur and Kadjar. Majoring on passenger space, the Koleos is one of the roomiest and most comfortable cars in its class, owing in part to the fact that there is no option for seven seats, as with some rivals. Standard equipment is generous, but an upgrade to the Signature options pack will give you Renault's R-Link 2 multimedia system which includes an 8.7" touchscreen featuring a TomTom sat nav and full Apple and Android connectivity. Renault have pulled out all the stops for their flagship SUV, follow the link below to see our latest Koleos lease deals. 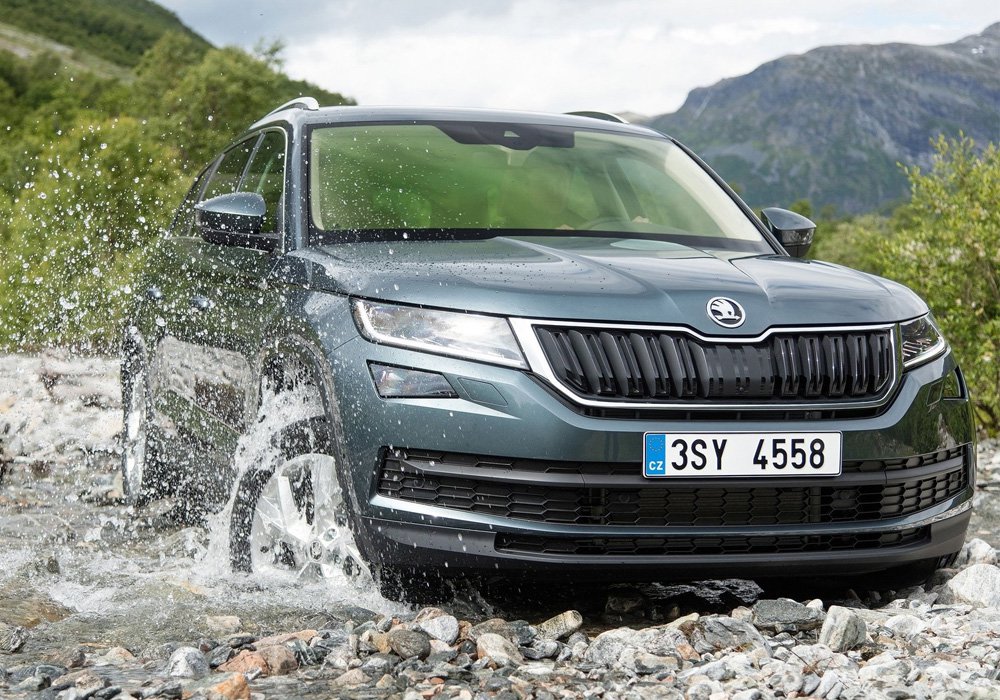 Skoda is undoubtedly a brand on the up, with a ever expanding range of increasingly desirable cars, and they've pulled another rabbit out of the hat with the Kodiaq, their all-new large SUV. If you're on the look out for a great value family car your search could well be complete, at this price point it's difficult to compete with the Kodiaq for practicality– there's even the option of seven seats too. That roomy cabin is replicated in the boot as well, with plenty of space for most requirements, and everything inside feels reassuringly well constructed. Standard kit offers all your usual infotainment and phone connectivity needs on Skoda's nicely refined dashboard- there really is very little to find fault with in this excellent SUV. Audi's mid sized SUV has proved hugely successful since its introduction a decade ago, further demonstrating the brand's desirability amongst UK motorists. The Q5 perfectly adopts the German manufacturer's smart and understated style language into that heightened frame- which has become the shape of things to come in recent times. Space-wise this crossover is more than competent, with driver, passengers and luggage all well catered for, although no better than you might find with cheaper rivals. However, choose a Q5 for everything you would expect to get from an Audi; a great choice of gutsy engines, responsive handling and class-leading interior refinement. 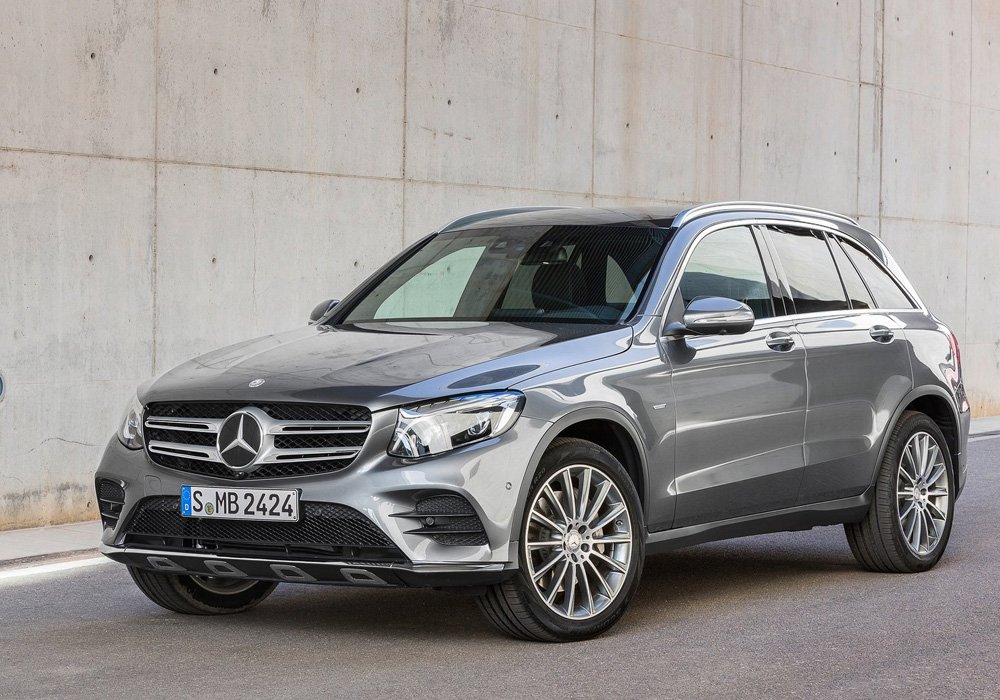 Mercedes are great at a number of things, one of which is making highly covetable cars, and the GLC certainly fits in to that bracket. We've had to wait a little longer to see the 3 starred badge adorn a compact SUV than the other premium German marques, but it was worth any delay. The GLC delivers impressive refinement throughout the ride, interior and body styling; it's unarguably one of the handsomest vehicles on this list both inside and out. On the road performance is perky too, belying the vehicle's imposing stature, the GLC will more than match most in the class for straight line speed. To find out more about whether Mercedes GLC leasing could be for you follow the link below and have a chat with one of our account managers about pricing. 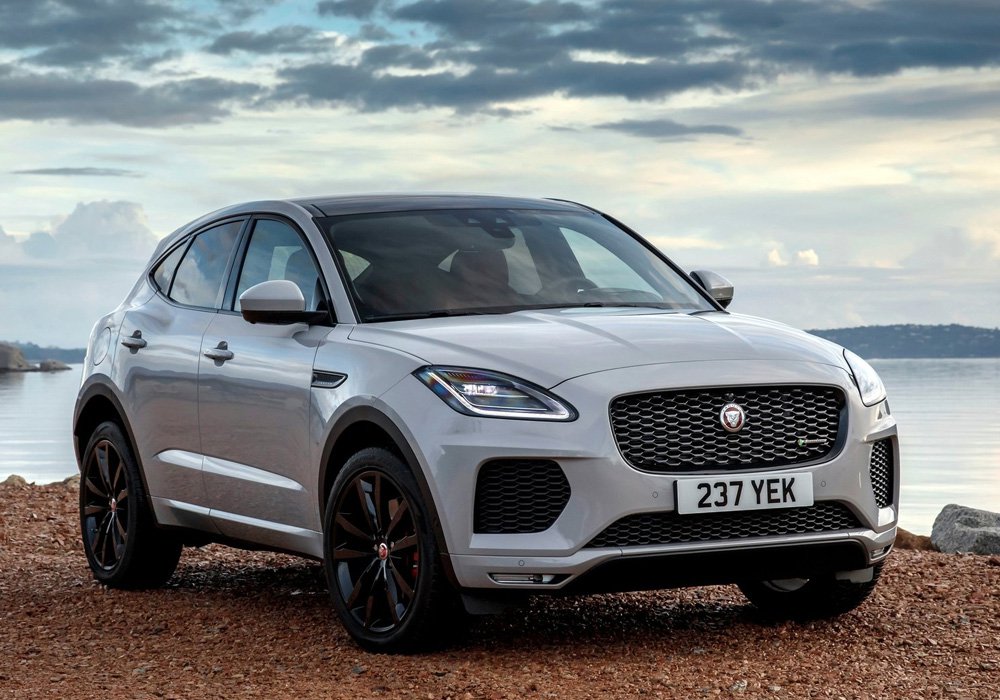 After their first, hugely fruitful, foray in to the SUV market with the F-Pace, Jaguar may just have raised the bar again with the slightly smaller but highly capable E-Pace. Modelled with F-Type inspired styling and featuring nimble steering and sporty suspension, this is a car that wants to engage its operator. The front seat is nice place to find yourself too, feeling plush and premium, and offering Jaguar's 12.3-inch InControl Touch Pro nav-media centre at all spec levels. There's also plenty of space for other occupants and plenty of cargo too. Ultimately though when buying a Jag you'd expect something with a touch of class that's fun to drive, and in SUV terms the E-Pace definitely lives up it to that reputation. The level of buzz provoked by Land Rover's new luxury off-roader has been palpable, was there a vehicle which generated more excitement amongst the car buying public in 2017? It's easy to see why this super-stylish SUV got people so hot and bothered too, the Velar's sumptuous, imposing physique are matched with a truly opulent interior that's pretty much guaranteed to leave a lasting impression on all lucky enough to encounter it. Comfort levels extend themselves to the beautifully accomplished ride too, where the Velar really comes in to its own, gliding you and yours from A to B in perfectly poised leisure. By most measures I'd say the Velar is the most captivating car on this list, take a look at our latest lease deals below if you agree. 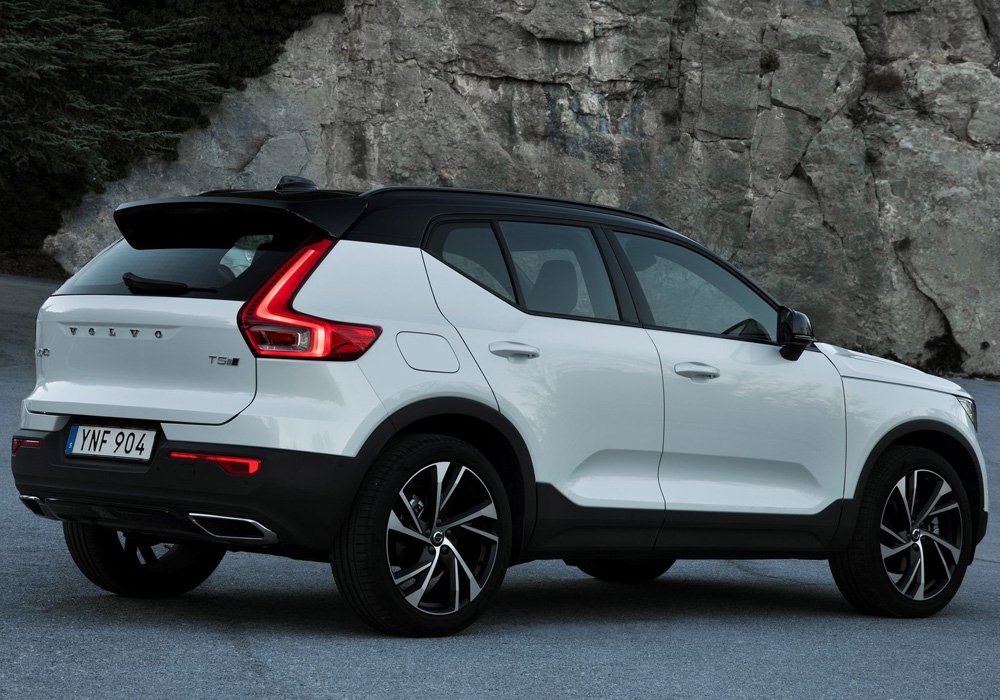 Are Volvos cool again? Were they ever cool in the first place? The XC40 definitely feels like a car aimed at much younger buyers than the target for their sedate estates of years gone by. The boxy frame with sculpted side depressions and sharp LED lighting feels modern but individual, as does the sloping roof that can be specified in alternative colours. Inside, the XC40 is cool, calm and collected too, with a minimalist design that focuses on tablet-style screen operation rather than cluttered button clusters. From behind the wheel expect a nicely refined ride and, this being a Volvo, one of the safest cars on the road, with all the latest autonomous advancements available.