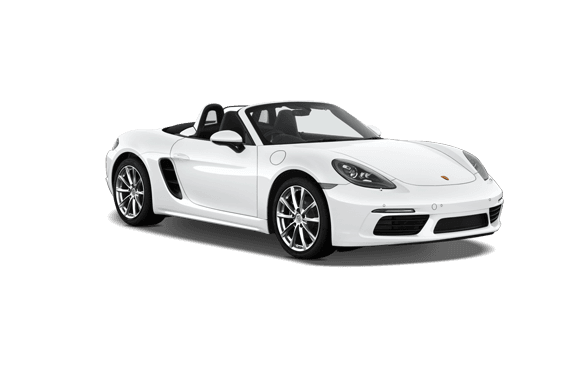 We’re guessing you’re something of a motoring enthusiast if you’re looking at a Boxter. But if you’re not, then getting one of these will definitely change that. It’s a car that’s just made for the road; all that matters is you and the car, and it’s absolutely brilliant too. If you’re even slightly tempted then get in touch for your Porsche Boxter contract hire – we promise you won’t regret it.

Is Porsche’s Boxster still the best car of its kind in ‘718’ series form? This is the first mid-engined Porsche to feature a flat four engine since the 914 model of 1969 and claims to have re-invented itself for a new era.

The four-cylinder 2.0-litre and 2.5-litre turbocharged engines of the ‘718’ series Boxster are a very different proposition to the flat-six normally aspirated motors previously used. Some will mourn the change in engine noise, though the latest units have their own distinctive character when revved hard – and they’re certainly more powerful than before. The entry-level model comes with 300bhp, good enough to see off 0-62mph in as little as 4.7 seconds if you go for the PDK seven-speed dual-clutch transmission and use the optional Launch Control system. Pick that gearbox and mate it to the 2.5-litre motor found in this Boxster S variant and that sprint can be completed in just 4.2 seconds. Top speeds see the standard 718 Boxster hit 170mph, while this S version maxes out at 177mph. Even so, you can also expect to see strong efficiency returns, especially with that optional PDK auto ‘box. In this guise, expect combined economy of up to 40.9mpg for the smaller capacity model, along with 158g/km carbon dioxide emissions - or 38.7mpg and 167g/km for the S version.

As well as being quicker than its predecessor in a straight line, the 718 series model also benefits from quicker-feeling steering, thicker anti-roll bars and a more focused suspension set-up. It all means that the Boxster remains the best handling car in its class, with even greater reserves of balance and cornering control. You can embellish that further with optional ‘Porsche Active Suspension Management’ adaptive damping and ‘Porsche Torque Vectoring’ that maximises traction through the bends. You’re probably also going to want the optional ‘Sport Chrono Package’ with its selectable driving modes that alter the way the engine, steering, suspension and PDK gearbox react. Pick the PDK gearbox and the ‘Sport Chrono’ pack comes with ‘Launch Control’ for Grand Prix getaways, plus a ‘SPORT Response’ button that aids quick overtaking by putting the engine and transmission into their most alert calibrations for 20 seconds. Finally, we’ll tell you that the roof is an intricately engineered fabric top that lowers or raises in just 9 seconds at speeds of up to 31mph.

The Porsche Boxster remains instantly recognisable, yet actually, the 718 version shares only its bonnet, boot, windscreen and hood with the previous model.

The headlamps for example, which are larger than before, get more prominence on the wings and feature four LED daytime running lights that sit at the corners of the main Bi-Xenon lamp units. Also rather pretty are the slender lights that sit above much larger air intakes that are there for extra cooling and represent perhaps the most prominent visual expression of the model’s new turbo engine concept.

Time to focus on the cabin. You’ll want to know what’s different – and at first glance, as with the outside, the answer seems to be not a whole lot. Look a little closer though and again, the changes become more apparent. The entire upper part of this dashboard has been re-designed for example, hence the elegance of the elevated air vents. But you’re more likely to notice the installation of the new central ‘PCM’ ‘Porsche Communication Management’ screen that dominates the centre stack.

As for luggage space, well the mid-mounting of the Boxster’s flat-six engine has always been a big plus in this regard. Okay, so your service technician might not immediately agree, but you will value the utility of having two boot options, a 150-litre area at the front which can easily accommodate two or three squashy bags, with a further 130-litres of shallower but wider storage at the back.

If Porsche had launched the Boxster with four cylinders from the very beginning, no one would have anything but praise to shower upon this car. If you can afford one, there is, after all, very little not to like about this class-leading roadster. As it is though, there’s a danger that this model will be forever remembered as ‘the one with the down-sized engine’, so it’s important that we should put the record straight.

The power you have is surely more important than the cylinder count – and the improved 718 Boxster is significantly faster than any of its predecessors. Beyond that though, we’ve tried to show why a flat-four format better suits this car in terms of its responsible development, market positioning and even historical context.

Is it the best model Porsche makes? You might argue that. Is it head and shoulders above its rivals? Undoubtedly.