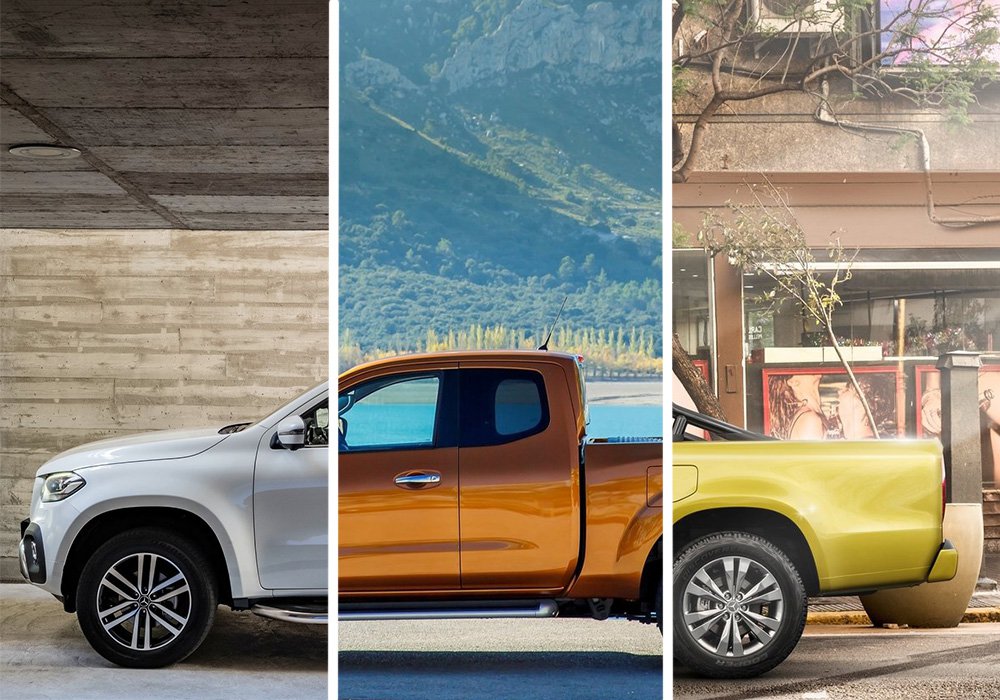 Pickup trucks have surged in popularity in the UK over the last few years, we might not have the best weather for an open topped load bay, but nevertheless the styling is finally proving popular on these shores. One other reason for increasing sales is the seriously generous Benefit In Kind rates available, pickups could save you a packet in tax. Another thing tempting UK motorists in to trucks is the brilliant quality of new vehicles being created, machines that don’t sacrifice car-like comforts but still offer tons of power and practicality. So whether you’re after a tax-efficient work-horse or a ruggedly stylish family vehicle, take a look at our favourite pickup trucks for 2018, all available now on exclusive lease deals from Leasing Options. 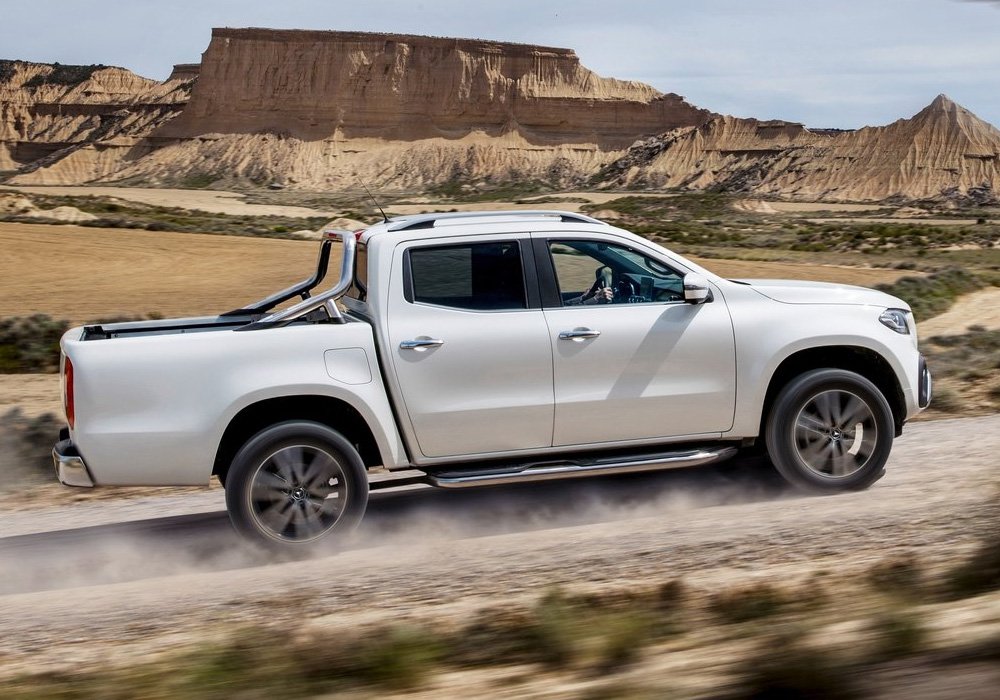 The new kid on the block from Mercedes-Benz might just be the coolest piece of metal released all year. Luxury utility vehicles are this season’s must have, and the X-Class certainly has that X-factor. Mechanically this Merc is actually based on the Nissan Navara, but step inside the cab and there are premium touches everywhere. OK so this isn’t an S-Class dash, but you’ll surely not find a more opulent interior in the sector. Comfort extends to the ride too, where the X-Class delivers a refined experience which won’t be matched by the competition any time soon. Put simply this Mercedes is the most desirable pickup truck on the market by some way, not bad for a first attempt! 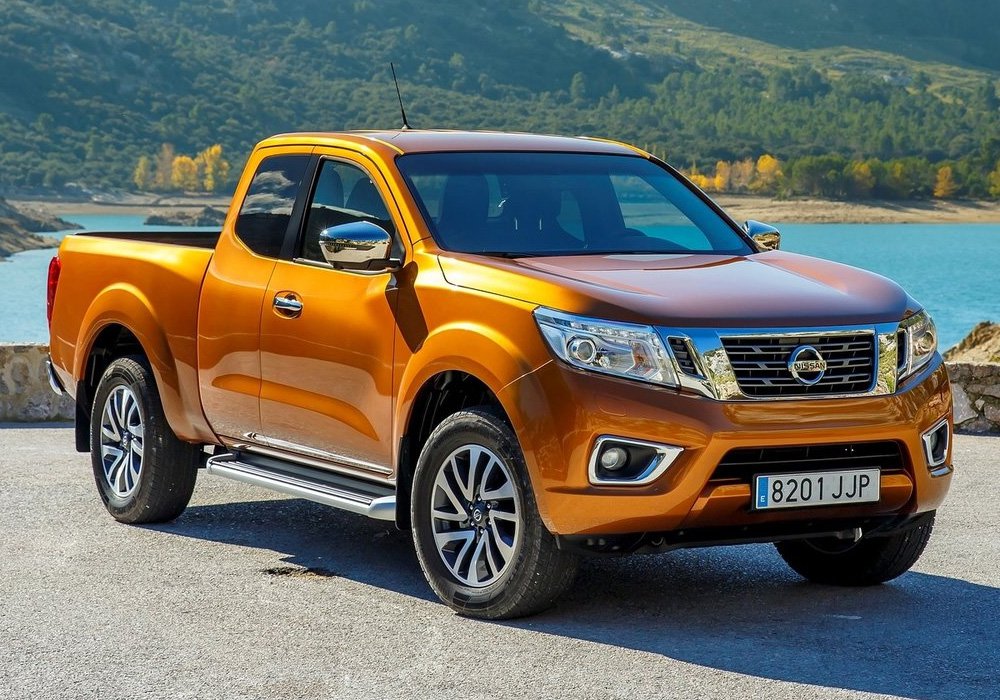 Last year the Navara celebrated its 20th anniversary and in that time has firmly cemented itself as one of the world’s most popular pickups. Combining the toughness and reliability of a powerful 4x4 pickup with car-like comfort and handling, Nissan have surely created one of the most all-round capable vehicles on the road with the addition of their new 2.3-litre 190PS twin-turbo diesel engine which boasts 450Nm of torque. Drivers familiar with the X-Trail SUV will recognise much of the interior from that vehicle, and the result is you can expect a level of refinement not often seen in pickups. Safety features are also impressive, with stability control, Nissan’s Forward Emergency Braking tech and seven airbags as standard on all models. Is this pickup in fact the perfect family car? 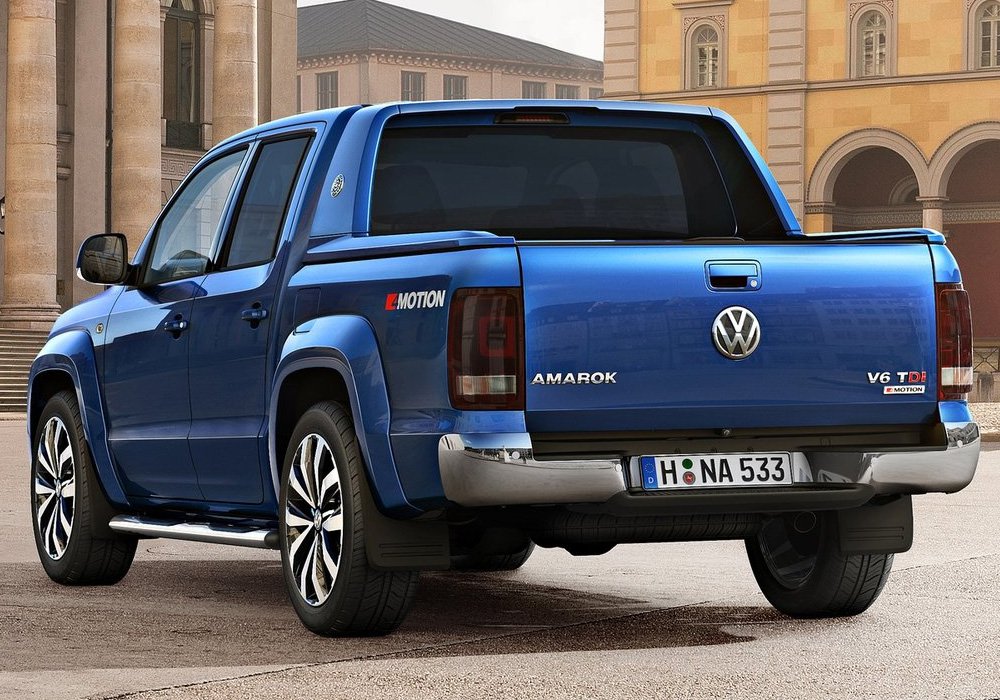 As with their incredibly successful passenger vehicles, Volkswagen have managed to blend practicality, performance and ease of use perfectly in their first purpose built pickup, the Amarok. Handling is prompt and proper, if not particularly dynamic, and the pick of two turbocharged 3.0-litre V6 diesel engines pumping out 201bhp or 221bhp are the two largest in the class after Ford’s 3.2 litre monster in the Ranger. The cabin is well equipped and ergonomically designed, you’ll get VW’s Composition infotainment system as standard, which includes a 6.3 inch touchscreen and all the usual smartphone connectivity options. Inside and out this vehicle is unmistakably Volkswagen and just as capable as you’d expect. With 40 years of history behind it, the L200 is one of the best-selling pickups of all time, and with good reason. Over that time Mitsubishi have created and perfected a pickup that’s tough to beat by most measures. One way in which trucks rarely excel is fuel economy, but in pickup terms the L200 is as frugal as they come, posting potential mpg figures of 42.8, depending on the variant chosen. The amount of specifications available is also a real selling point, with single, club and full double cab on offer, as well as an extensive options list. As you’d expect the L200 does the business off-road too, with a locked centre differential mode allowing the vehicle to best most rivals when going is heavy. With ruggedly styled vehicles becoming more popular by the day, SUVs and pickups have seen a surge in sales in recent years with non-commercial drivers adopting them in droves. One vehicle that fits the lifestyle bill perfectly is the Ranger, which offers plenty of practicality but exudes all the cool of a traditional American pickup. Cosmetically, a recent refresh has added an new grille and improved infotainment systems, and under the bonnet there are new engines which have increased efficiency as well as tweaked suspension which should enhance off road handling. A new 3.2-litre five-cylinder diesel engine delivers best in class performance and 197bhp. The Ford Ranger is a real rounder which can easily tackle both the working week and family duties too. The closest thing to a motoring legend on this list, Toyota’s ubiquitous pickup has been leading the pack for half a century. The Hilux has built its reputation on practicality and durability and this latest generation more than lives up to that hard won standing. The load bay has been extended and is also now one of the widest in its class, tow weight has been enhanced too and all models can pull a minimum of 3.5 tonnes. A smart cabin and dash offer premium touches not usually seen in commercial vehicles, with features taken from Toyota’s car designs. On the road the Hilux is composed and comfortable, plus efficiency is solid too with figures around the 40mpg claimed for most variants. The Fiat Fullback is based on and built alongside the Mitsubishi L200, and just like that great Italian fullback Paolo Maldini, you can expect this pickup to pack the power and capability to take on any tasks you throw at it. The same two engine options of 148bhp and 178bhp are available on the Fiat as the Mitsi, as well as identical off road tech, so tough terrain and heavy loads will cause no problems for the Fullback, and fuel efficiency is also seriously impressive. The main differentiator between this truck and its sibling is the bodywork, and we think the Fiat Fullback looks fantastic. The Italian marque have really put their stamp on the vehicle, quite literally in fact, an oversized copy of the iconic red Fiat badge sits proudly glistening on the grille.