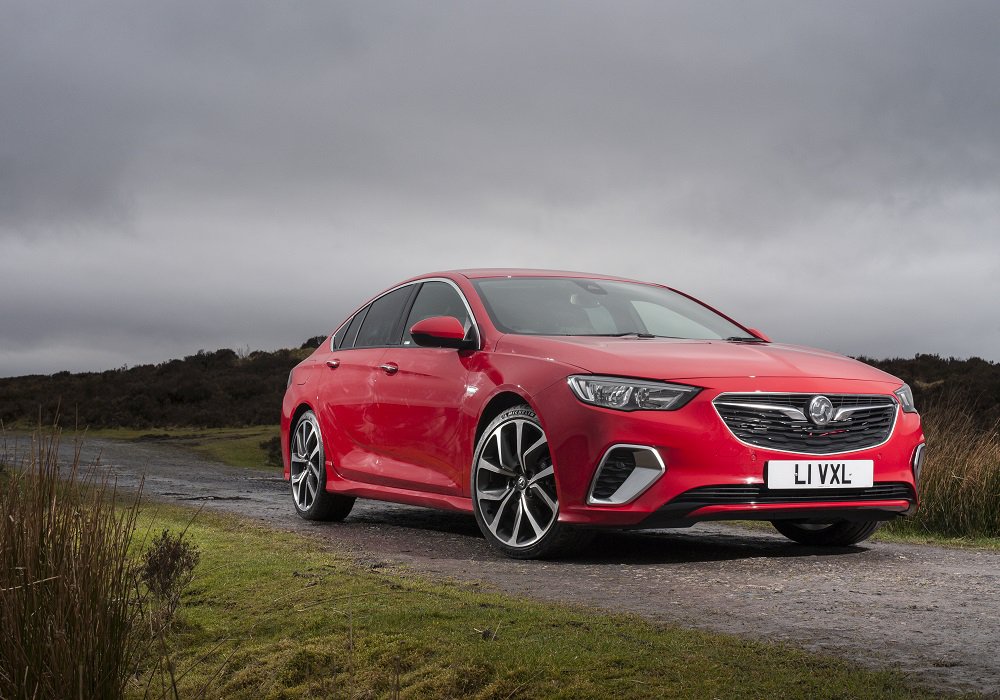 Both the all-new Insignia Grand Sport saloon and the Sports Tourer estate launched early last year are a revolution over the previous generation of Insignia. As good as they are – which is very good, the inclusion of ‘Sport’ in their respective names is a misnomer as there was very little of it in evidence…until now.

Twenty-five years after the GSi badge first appeared on a Vauxhall, the letters that used to differentiate the company’s high-performance models have been dusted off to make a welcome return on a range-topping version of the new Insignia – the Insignia GSi – a chassis-focused, sub-VXR performance variant available in both saloon and estate body styles. 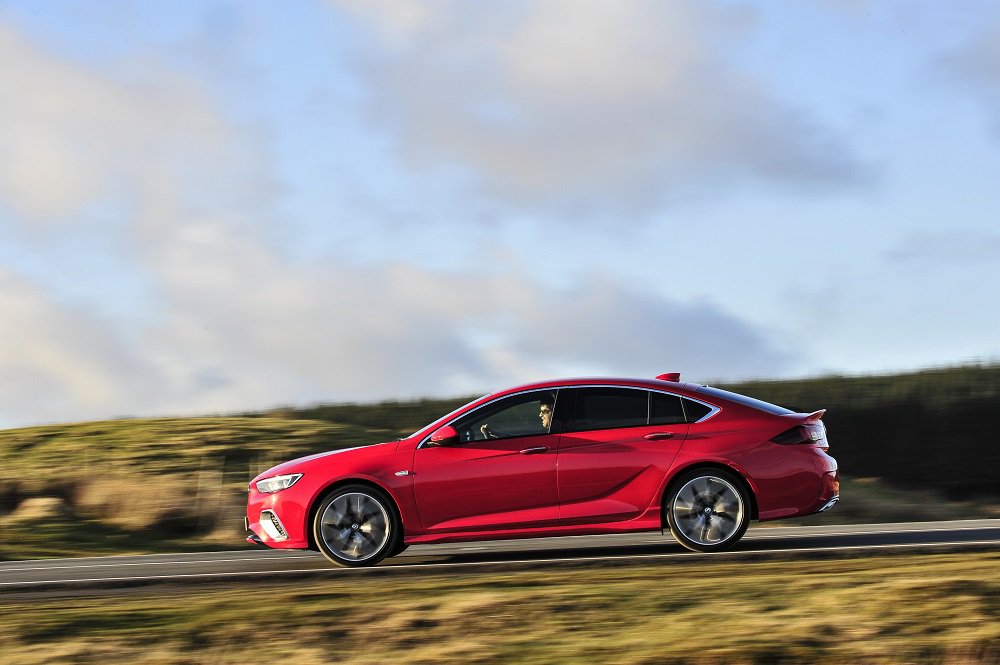 Based on the SRi Nav trim grade, Vauxhall has given the Insignia GSi deeper bumpers front and rear which incorporate chromed air intakes, along with huge 20-inch wheels, bolted-on side skirts, privacy rear windows and a large rear spoiler. 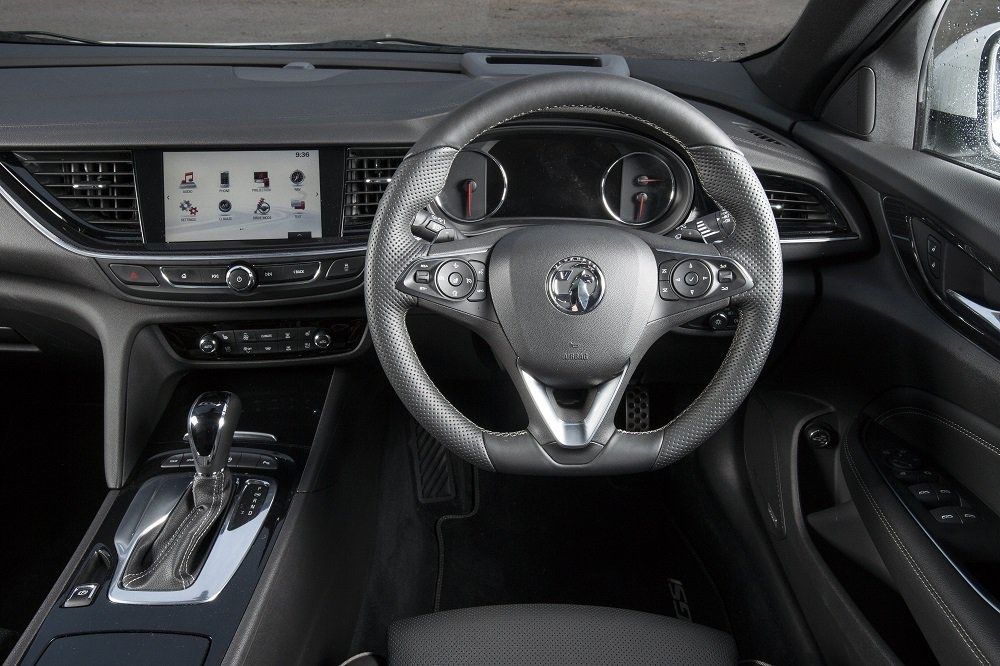 Inside, the GSi is similar to the Sri trim level, but adds some nice sporty touches such as the very comfortable leather sports seats up front. Aside from being heated, ventilated and having a massage function, they’re incredibly supportive and have acquired the seal of approval by AGR – Germany’s ‘healthy back’ business Aktion Gesunder Rücken.

The two rear outer seats are heated, as is the flat-bottomed steering wheel and the standard pair of pedals have been replaced by sporty, drilled aluminium duo. 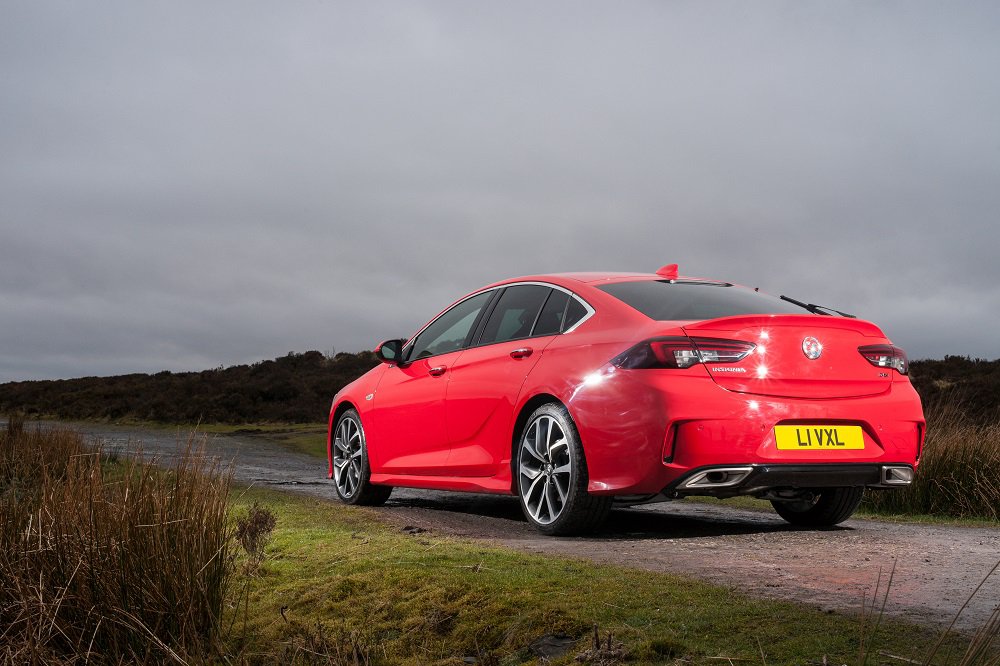 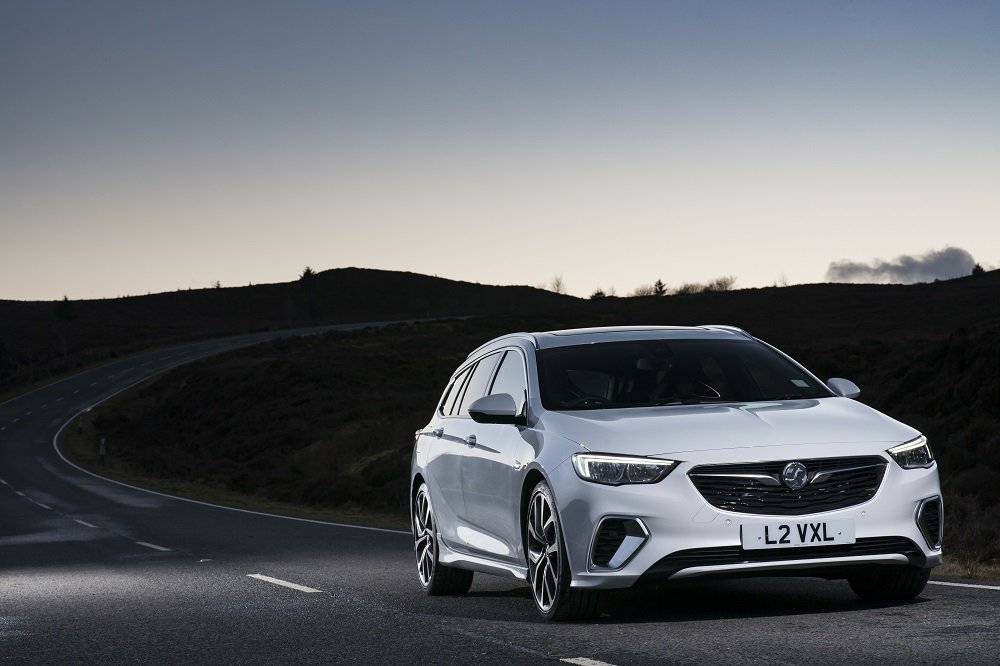 The Insignia GSi is available with a choice of two engines, each mated to Vauxhall’s new eight-speed conventional torque-converter automatic transmission with flappy paddle over ride – there is no manual ‘box option on the GSi. An impressive all-wheel drive system, with a twin-clutch differential and torque vectoring feature is standard with both engines.

Vauxhall engineers have bolted an additional turbo to the 2.0-litre turbo-diesel found in the standard Insignia range, boosting power from 170PS to 210PS and torque increases to 480Nm, which is available from just 1,500rpm.

The second engine, a turbo-charged 2.0-litre petrol unit, has been available in the Insignia Grand Sport since its launch last year.

Vauxhall has developed a ‘Competition’ ESP setting for the GSi, which turns off the traction control for a sportier drive and allows for greater drift angle before the Nanny Safety kicks in, giving an agility missing from the normal Insignia hatch. Yet thanks to the all-wheel-drive system, the GSi has huge traction. 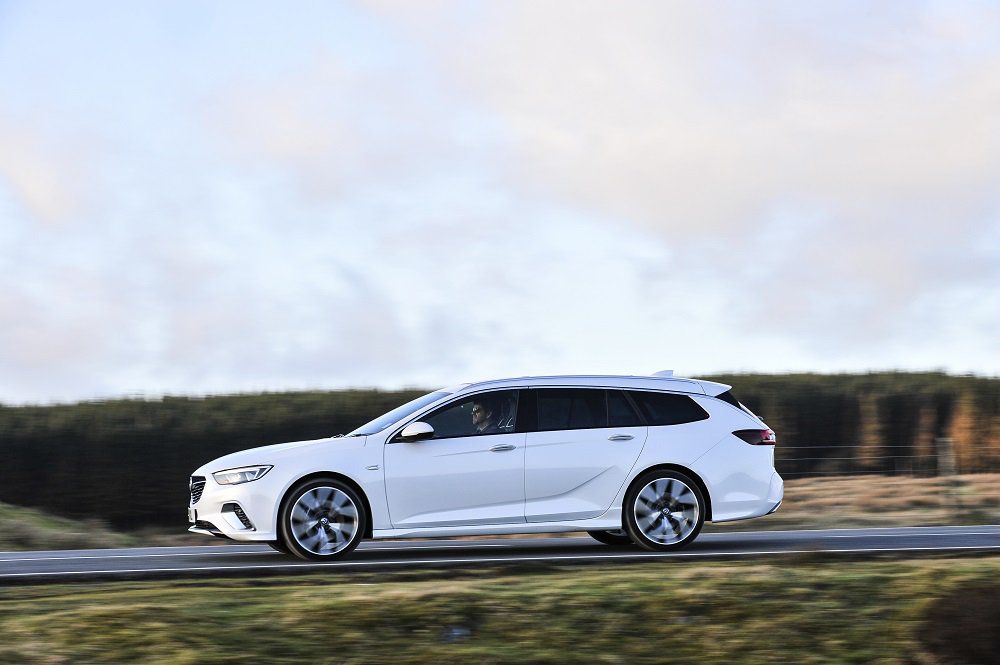 Although the Insignia GSi’s suspension architecture is shared with other Insignia models – meaning lightweight MacPherson struts and coil springs up front and a five-link axle and coil springs at the rear – it sits 10mm lower and spring rates have been stiffened by as much as 40 per cent.

On public roads around Bruntingthorpe and Rutland Water west of Leicester, I was enthralled at the car’s precision through twisty B roads and sharp bends. Vauxhall’s FlexRide adaptive damping has also been thrown into the mix, offering the choice of three driving modes: Standard, Sport and Tour.

The large Vauxhall has a twin-clutch differential at the rear axle, too, which allows more torque to be sent to the outside rear wheel during cornering. It works really well, making the Insignia more playful than its standard SRi-badged siblings. The Brembo brakes are excellent and the ‘Sport’ setting tightens up the steering, but I would still like to have a little more feel from it.

Let’s be honest, the closest this car will come to a racetrack in everyday life is its car park, so disregard all references to its partial development and performance around the Nürburgring – where the GSi was 10 seconds quicker than the previous-generation Insignia VXR Supersport – and it won’t take long to appreciate the plus points of the Insignia GSi – in diesel or petrol engine guise.

It’s comfortable, roomy, decently refined, well-equipped with safety tech and infotainment, suitably clean and economical and capable of maintaining brisk cross-country average speeds. Keep it in ‘Sport’ mode and it’s exciting to drive and fun to live with.

The Vauxhall Insignia GSi is coming very soon, sign up to our newsletter by entering your email address below to be first to hear when we get pricing.

We took Vauxhall's new D-Segment competitor out for a drive