A-lister celebs at the top of their game have some some serious cash to spend. And what better way to show off your millions than with an amazing car?

Some of the world’s finest vehicles are owned by famous actors, musicians and entrepreneurs. Check out our 8 favourite celebrity cars below. Which one would you want to drive? From Manchester United legend to fashion icon and all-round superstar celebrity, David Beckham has remained at the forefront of popular culture since the ’90s. It comes as no surprise that he’s the owner of an Aston Martin V8 Vantage convertible.

Although the colour of the car isn’t what you’d typically associate with an Aston Martin, its classic style suits the Beckham family perfectly. As you’d expect, it’s one of many celebrity cars they have in their collection, but it is one of the truly standout vehicles. The Beckhams have been spotted driving it abroad in Spain, where David once played for Real Madrid.

As Jay-Z has said himself, he’s gone from hustling on street corners to becoming one of the biggest selling artists of the past 25 years. His cash has come from record sales, tours and investing in the likes of D’USSÉ cognac and Armand de Brignac champagne, as well as tech start-ups and real estate. Plus, he has won 22 Grammy Awards.

It almost goes without saying Jay-Z would only drive the very best. That’s why he purchased the Maybach Exelero from fellow rapper Birdman for a reported £5.6 million. It is a concept car that can reach speeds of up to 218 mph, which is a world record for limousines on series-production tyres. At the last count, there were just over 2,000 billionaires in the world. There aren’t many who can claim to be worth that much at the age of 21, unless you’re Kylie Jenner. She is the youngest billionaire in history. In just three years, her Kylie Cosmetics brand has become one of the most popular in the world.

With over 140 million followers on Instagram, there is no shortage of people to show off her selection of cars to. Her Ferrari 458 Italia was given to her on her 18th birthday by former boyfriend, Tyga. Its V8 engine can speed from 0-100 km/h in 3.4 seconds and delivers a total of 570 hp. 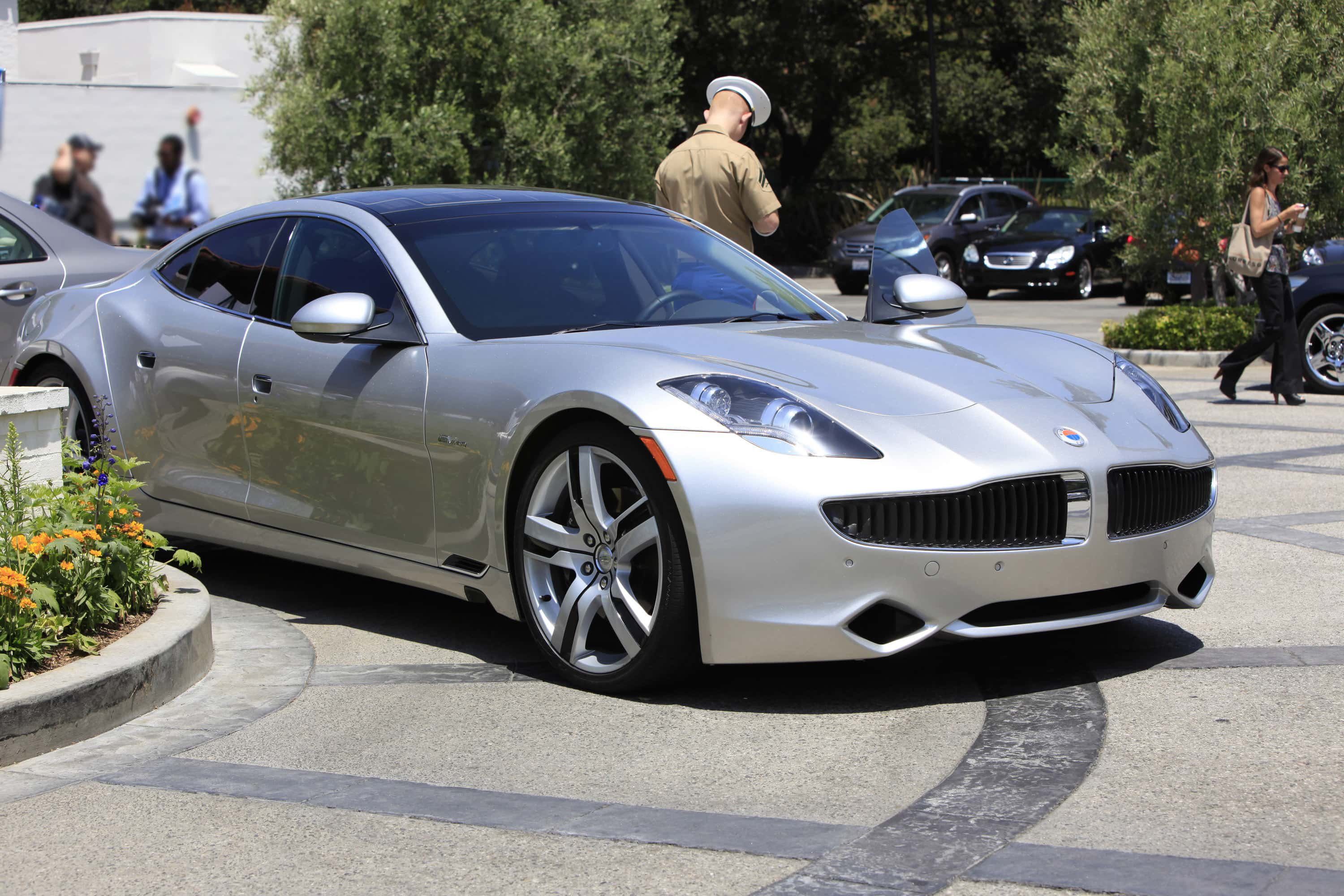 Since climbing aboard the Titanic in James Cameron’s 1997 epic, Titanic, Leonardo DiCaprio has gone on to become one of the biggest film stars in the world. He was finally awarded an Oscar for his role in the visceral survival thriller, The Revenant.

He’s also one of the most prominent environmental activists, which can be seen in the cars he drives. After investing in plug-in, hybrid car company Fisker, he then purchased a Fisker Karma EV Speedster for over £480,000. It’s a luxury hybrid that offers up to 50 miles running on pure electric power. While the company is no longer around, DiCaprio is still a proud owner of the car today. Jerry Seinfeld is regarded as the comedian’s comedian: the king of stand-up who all others continue to look up to. While he’s most widely known because of the hugely successful Seinfeld TV show, he has been performing stand-up for over 40 years. He’s always been known as an avid collector of cars, so it’s no surprise that his current Netflix show is called Comedians in Cars Getting Coffee, which shows him driving around in his many vehicles.

Over the years, Seinfeld has owned the 1955 550 Spyder and the first 1963 911 ever made. But the 1986 Porsche 959 is the favourite in his collection. His collection of cars is so big, he even has a dedicated fleet management team to take care of them in a garage with an 850-square foot living space. Dwayne Johnson has gone from the world of wrestling to becoming one of the biggest (in every way) action film stars on the planet. He has charm to spare and has a growing legion of loyal fans who follow him wherever he goes. He’s also a lover of cars.

Aside from his two-door Rolls-Royce Wraith and custom-built Ford F-150 Pickup, Johnson also owns a Pagani Huayra, which is worth a cool £1.3 million. It’s a car that can do 0-62 mph in less than 3.5 seconds. It’s powered by 60-degree V12 engine that can also reach a top speed over 230 mph. This is a big car for a big celebrity. Nicolas Cage has always lived life to the full, which is why he became one of the most charismatic action stars of the ’90s and early ’00s. At one time, he was one of the biggest stars in Hollywood. Even after facing some real estate and tax problems, Cage continues to take on new roles. However, you’re more likely to find him in an internet meme today.

For an extravagant actor, it’s fitting that one of his most expensive purchases was a Ferrari Enzo. This is one of the few celebrity cars that’s full of character and bursting with colour; you couldn’t think of a star more suited to drive it. Originally worth around £540,000, this car certainly wasn’t cheap. Although, with a speed range of up to 200 mph and the ability to hit 0-60 mph in under 3.7 seconds, you can easily see why Cage wanted to drive it. Simon Cowell quickly became the king of Saturday night TV in both the UK and US, thanks to his Idol series, The X Factor and Britain’s Got Talent. However, he is far more than a show producer and talent judge. For years, he was one of the music industry’s most successful A&R consultants. Cowell signed pop groups like Five, Westlife and Robson & Jerome. He also helped to create and sign One Direction.

You wouldn’t expect someone like Cowell to drive anything but the flashiest, most expensive of celebrity cars. It makes complete sense that he would buy a Bugatti Veyron. It can reach an astonishing top speed of 248 mph and go from 0-62 mph in under 3 seconds. The Veyron really is a monster of a sports car, which is why so few people own one.

Not many of us could afford these superstar cars. But driving the latest vehicles is not as expensive as you might think. With Leasing Options, you can lease the brand-new car of your choice for less with our Price Match Promise. We’ll even give you £50 if we can’t match our competitor’s price.

We might not be able to guarantee you celebrity status, but at least you can enjoy that shiny, new car feel. Check out our wide range of lease cars available now.

The fuel efficiency of petrol and diesel vehicles is measured in Miles...